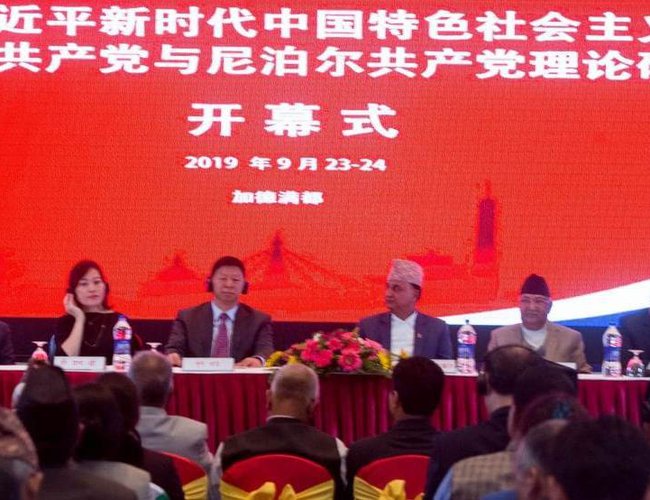 Inaugurating the two-day workshop on Xi Jinping’s Thought, Prime minister Oli said that such thought will help us to know whether we are heading to the right direction or not.

NCP co-chair highlighted the importance of the workshop saying that this kind of exchange of visit will help to further strengthen relations. NCP co-chair Dahal said that the success of Chinese Communist is its 90 million workers.

He said that Belt and Road Initiative (BRI) comes as Xi Jiping ideology for modernization. Head of School Department and Deputy Prime Minister and Minister of Defense Ishwor Pokharel said that Xi Jiping’s thought will also help to achieve prosperous Nepal and Happy Nepali. He said that BRI is a project to make human being prosper.

Head of the Chinese Communist Party International Department Song Tao this kind of exchange of views helps to establish socialism in the world. According to deputy chief of School Department Devendra Poudel, there are five sessions in the workshop.