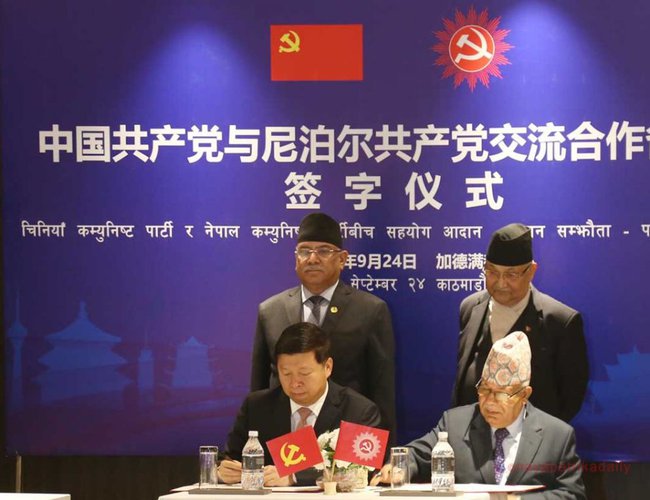 Chinese trainers presented four papers during the training related to the efforts taken in China to alleviate poverty, economic liberalization and progress made during the year.

NCP leader Hit Raj Pande said that Xi Jinping Thought helped to reduce the poverty in China. He said that China is reducing 10 million people from out of poverty since Xi came to power.

During the training, the trainers also taught development model, discipline within the communist party and President Xi’s thought for BRI. “After two days workshop, I am able to understand how China has achieved economic miracle. The training also helped the need to learn the modality of making communist party operational.

The MoU covers six areas. Those include exchange of high-level visit, exchange of communist ideology and experiences and giving continuity to current ongoing ideological training and expanding it to grass root level.

Nepal Is Committed To End All Kinds Of Discrimination: Foreign Minister Gyawali By Agencies 3 days, 6 hours ago