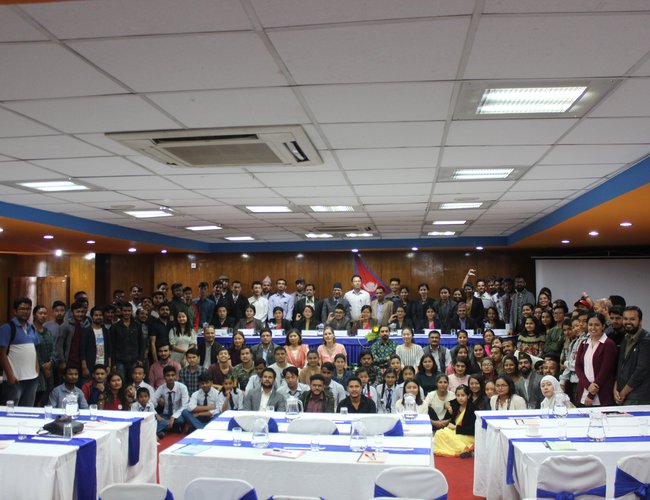 At the UN Youth Climate Summit mock exercise in Kathmandu, students took on the role of provincial and national leaders to bring attention to the climate crisis

The mock exercise in Kathmandu primarily focused on the impact of climate change within Nepal, along with the mitigating measures that have been adopted by the government and stakeholders. The chief objective was to ensure that young people and concerned parties are familiar with the global climate crisis. Attention was also given to the benefits of transitioning to renewable energy sources and adapting to climate impacts, while also linking them with the Sustainable Development Goals and disaster risk reduction and management. 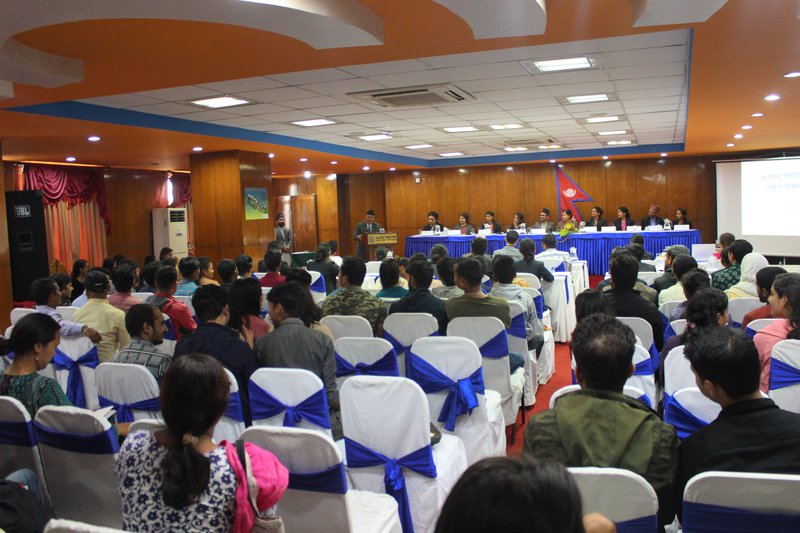 In order to demonstrate the key priorities and issues brought about by climate change, students from different colleges acted as representatives of the provincial and national governments. The authority figures that were portrayed included the Head of Parliament, the Prime Minister, and chief ministers of the different provinces and the Vice-President of the National Planning Commission.

The students, in their roles as chief ministers, talked about the climate change issues in their provinces, and the solutions they had planned to overcome the crisis. It concluded with the preparation of an eight point declaration that will be submitted to different government offices.

Citing the event as an example of youth leadership, Lalmani Wagle, Senior Programme Officer, CEN, stated that the youth could achieve a great deal if people believed in them.

Speaking on behalf of both UNDP and UNICEF, Elke Wisch, UNICEF Representative for Nepal, declared that the role of young people could not be underestimated. “Claim this right you have to a healthy planet and a positive future for us all," she said.

For UNDP Nepal’s Shanti Karanjit, Portfolio Manager, the performance of the students felt as if it were indeed leaders actually putting plans into action. “Bring plans, not speeches” is one of the key slogans of the UN Climate Action Summit 2019.

Today’s youth are the face of tomorrow and they have the power to bring about change, stated NYCA’s Shreya K.C., who called for everyone to act against climate change.

A total of 153 people participated in the mock exercise. This number included academics and students, as well as representatives from the government and the UN.

The United States In Partnership With ADB Completes Two Secondary Schools In Kathmandu By NEW SPOTLIGHT ONLINE 11 hours, 7 minutes ago

India Provides Grant For The Construction Of New School Building In Butwal By NEW SPOTLIGHT ONLINE 3 days, 5 hours ago