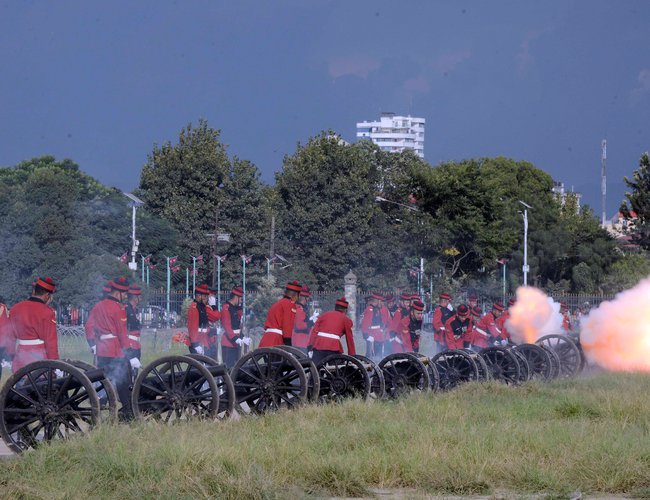 President Bidhya Devi Bhandari observed the program. The NA presented a guard of honor to the President on the occasion. On the occasion, different units of the NA opened rifle and cannon salvoes in celebration. They also held march-past, including the salutation march-past. The different companies of the Nepalese Army commemorated the occasion with a parade and forming an outline of the National Flag. 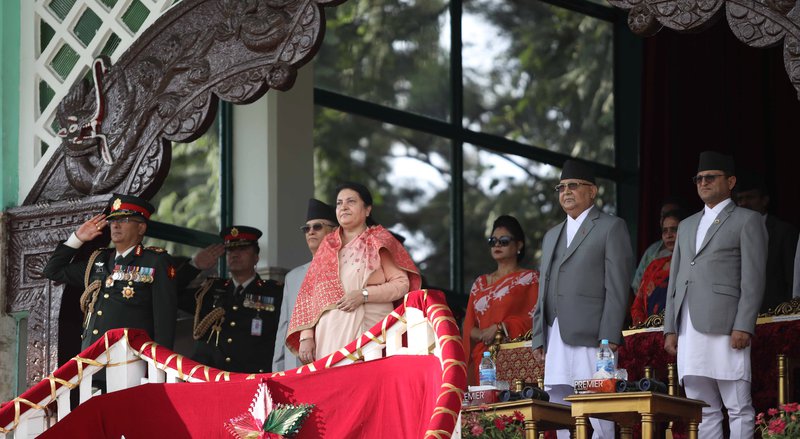 Present on the occasion was Prime Minister K.Sharma Oli, the Deputy Prime Ministers, the government ministers, high-ranking government officials, the heads and representatives of diplomatic missions based in Nepal, the chiefs of the security bodies and dignitaries from a cross-section of society. 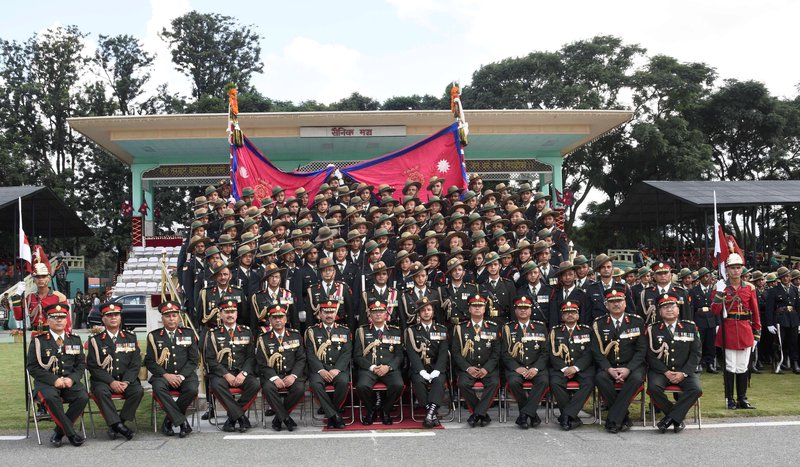 Chief of Army Staff (CoAS) General Purna Chandra Thapa presented the honor to the best battalion of the year. 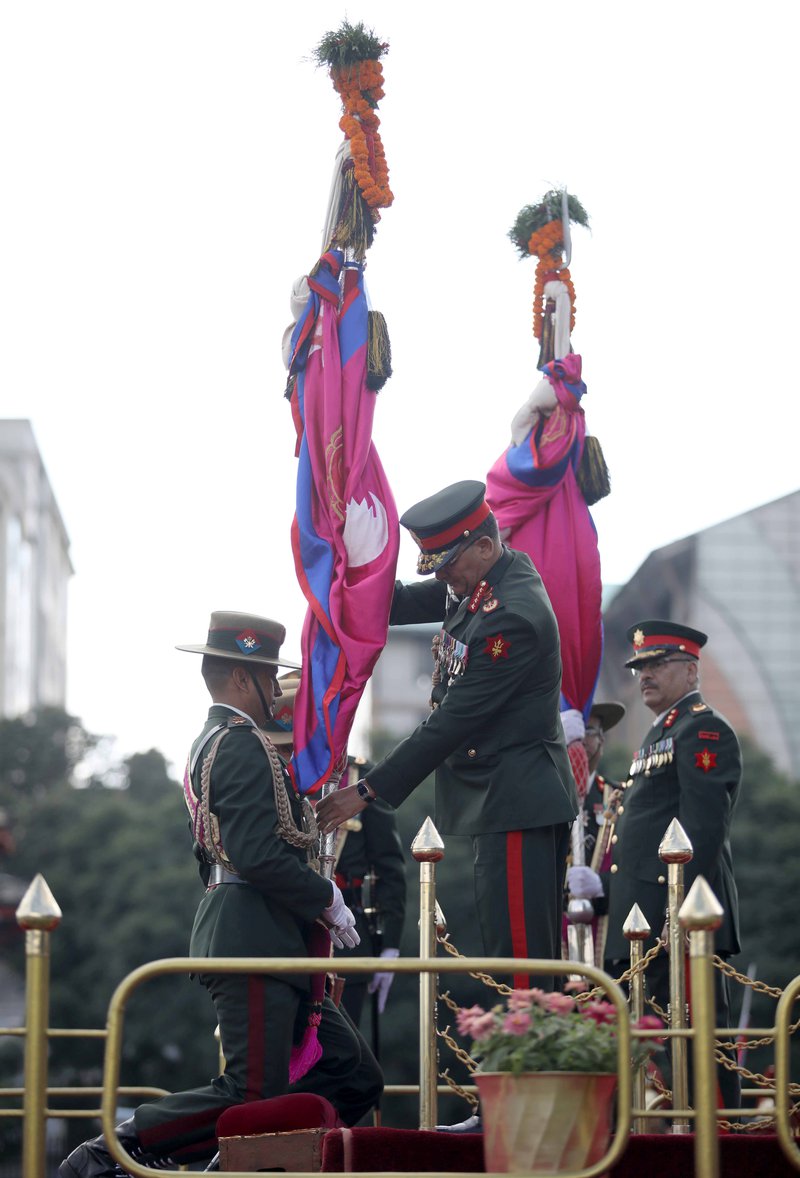