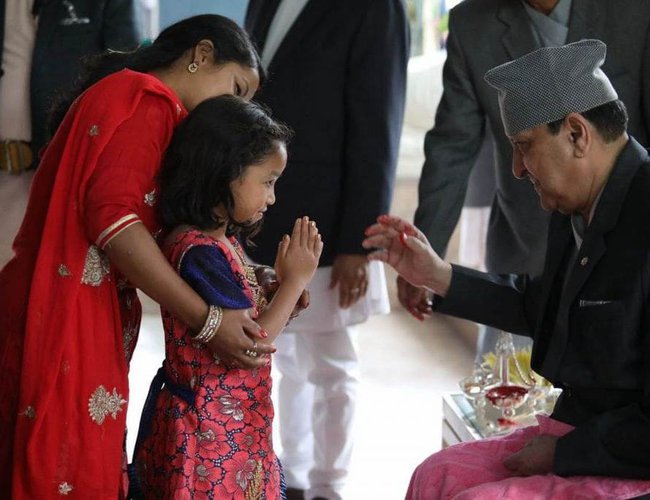 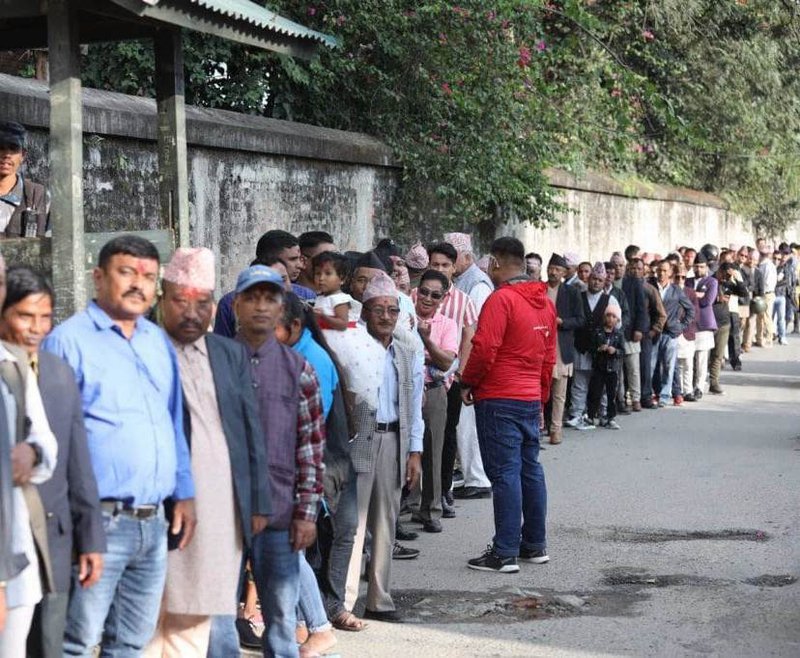 For civil servants, civil servants and Police personal visited Nirmal to receive Tika from former King who has been offering Tika to common people.