China’s economic rise is in stark contradiction to India's slowing growth as the Chinese President gets ready to visit India and Nepal. 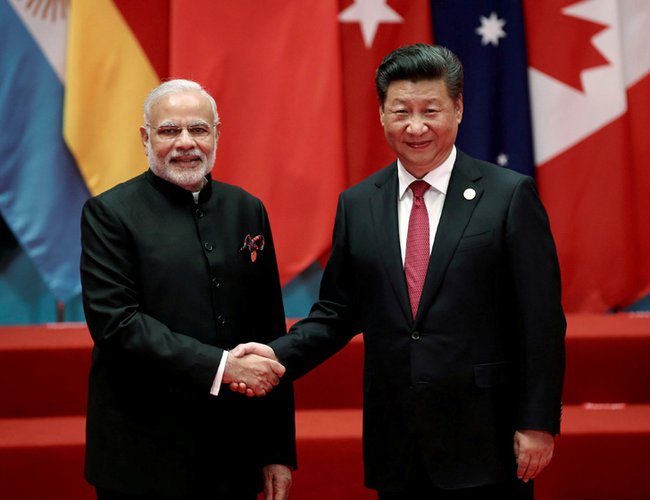 Chinese President Xi Jinping won’t have time to travel to Pakistan during his visit to India and Nepal this weekend, so Pakistan Prime Minister Imran Khan decided to go to Beijing.

Worse, Pakistan army chief Gen. Qamar Javed Bajwa, clearly couldn’t trust his PM to talk to the Chinese leadership alone – so he flew into Beijing one day before. The spokesperson of the armed forces, DG ISPR Gen. Asif Ghafoor tweeted:

If the mountain won’t come to Muhammad, as goes the well-known saying, then Muhammad must go to the mountain.

PM Imran Khan has said that he will raise the Kashmir situation as well as the $60 billion China-Pakistan Economic Corridor (CPEC), which is said to be losing steam because of Pakistan’s rising international debt.

Certainly, China has demonstrated considerable allegiance to its key client partner in South Asia, by informally pushing the P5 countries at the UN Security Council in mid-August to discuss Kashmir.

But a Chinese foreign ministry spokesperson, aware that President Xi is travelling to Mamallapuram, Tamil Nadu, for a second informal summit with Prime Minister Narendra Modi this week, recently said that Kashmir won’t be a “major issue” between the two sides.

China realises better than anyone else that India may be caught in double jeopardy of its own making if New Delhi doesn’t fix the Kashmir lockdown issue soon. Hobbled by low economic growth is one thing, but how do you tell the rest of South Asia that you are its natural leader by virtue of your size, population and natural resources if you can’t control your restive regions?

Note that China, satisfied with Pakistan’s de facto clientitis, is now turning serious attention to other parts of South Asia. As Mohamed Nasheed, Maldives former President and current speaker of People’s Majlis (Parliament), said in an interview with ThePrint, the Chinese are worse than the East India Company because they end up owning land by offering huge loans, then exchange the failure to pay with equity.

So, in mid-September in Kathmandu, ‘Xi Jinping Thought on Socialism With Chinese Characteristics for a New Era’ arrived in the form of a two-day symposium, attended by none other than Nepalese prime minister K.P. Oli.

The symposium was jointly organised by Oli’s Nepal Communist Party (NCP) and the Communist Party of China (CPC)’s Central Party School, Organisation Department and International Liaison Department – the same people that a delegation of BJP leaders met when they visited China in August and told them that the BJP’s membership had overtaken CPC rolls.

The NCP’s School Department deputy chief Beduram Bhusal told the ‘Himalayan Times’ that the “Chinese side has proposed to share its experience in running the party and the government,” and that the Nepalese would also be doing the same.

In the wake of Nepal’s 2015 economic blockade by Madhesi political parties in the Terai region, which was informally supported by Delhi, Kathmandu’s upper caste elite struck back. Nepal’s Communist parties came together under the leadership of Oli, won the elections and proceeded to tilt towards Beijing.

During a visit to Beijing last year, Oli told The Kathmandu Post that “there was a lot to learn from China’s controlled and favourable society.”

Oli, clearly, seems pleased that he is being courted so strenuously by Beijing. After all, the cold shoulder he has received in Delhi, where he is perceived as pro-Chinese – which seems to have become a self-fulfilling prophecy – the wining and dining by the Chinese is decidedly more attractive.

That’s why Xi Jinping’s visit to Nepal, the first by a Chinese head of state since Deng Xiaoping in 1978, indicates just how much the Chinese are setting store by its Himalayan neighbour. Kathmandu hopes for a large aid package, especially in the development of hydropower as well as infrastructure connectivity over the Himalayas, such as the $2.8 billion trans-Himalayan railway project between Kathmandu and Kyirong in Tibet.

But if the question is asked differently, as to why India “loses” Nepal so often, and repeatedly, then Delhi may come up with some new answers. First of all, the India-Nepal relationship misses the warmth of former External Affairs Minister Sushma Swaraj, whose invocation of the “roti-beti rishta” between the two countries never failed to guarantee a dose of extra warmth despite the chill in the relationship.

Modi, too, has won hearts and minds in Nepal, even after the blockade. But the PM’s warmth hasn’t percolated down to the capital’s bureaucratic classes which insist on doing business with its neighbours dominated by official talking points, power-point presentations and memory cards.

Meanwhile, the Chinese are flush with cash and Delhi’s demonetisation woes haven’t subsided. Modi’s big feather in his cap, as he meets Xi this weekend, is that US President Donald Trump is, at least for the moment, letting him have his say on Kashmir.

With the US backing him, PM Modi can afford to play the perfect, cool host. What happens after Mamallapuram will be the real story.

Credit of Article: The Print

Jyoti Malhotra is has been a journalist for more than three decades covering foreign affairs, politics and national affairs at some of the top publications in India.

Over 10 Reportedly Killed In Myanmar Protests By NEW SPOTLIGHT ONLINE 5 days, 21 hours ago