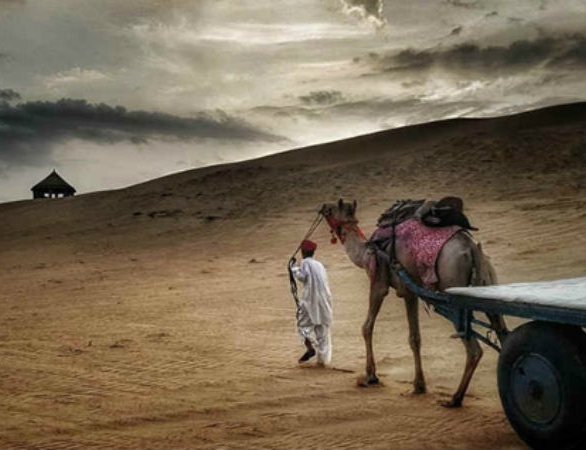 A Cyclonic Circulation is over Gangetic West Bengal and a Trough is extending up to East-central Arabian Sea across Odisha. Thus, there will be partly to generally cloudy throughout the country. Meteorological Forecasting Division predicted that light rain is likely to occur at a few places of the eastern hilly region and at one or two places of the central and western hilly regions.

According to Skymet Weather, An Anti-cyclone has formed over West Rajasthan and adjoining parts and moisture content have also reduced over northwest plains. Therefore, Monsoon has withdrawn from parts of Punjab, Haryana and Rajasthan. The conditions are favourable for further withdrawal of Monsoon from Northwest plains and adjoining central India during next two to three days. Thus, dry weather conditions will be a sight over the hills of India.

However isolated light rains over Jammu and Kashmir, Himachal Pradesh and Uttarakhand cannot be ruled out. No weather activity is to be seen over Punjab, Haryana, Delhi, North Rajasthan and West Uttar Pradesh. Pollution over Delhi and NCR will be in satisfactory to moderate category.