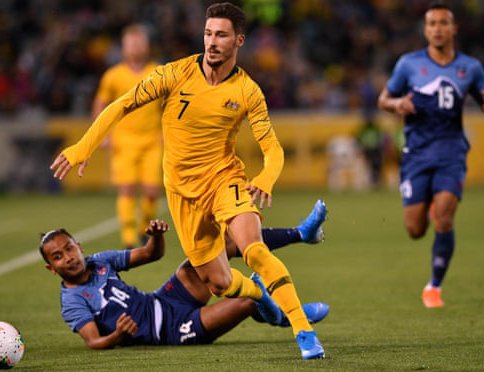 Forward Jamie Maclaren scored three goals for his first international hat trick to lead Australia to a 5-0 win over Nepal on Thursday in Asian qualifying for the 2022 World Cup.

Maclaren scored the first two goals of the game in the sixth and 19th minutes, then added his third just before fulltime AP reports

Scotland-born defender Harry Souttar scored a goal for Australia in his international debut. Australia had 76% of possession and 36 shots at goal.

Australia, which leads Group B, defeated Kuwait 3-0 in its World Cup qualifying opener in September after Kuwait had beaten Nepal 7-0.

76% possession and 36 shots at goal for the Socceroos - you can’t window dress it, it was a mismatch. Australia looked especially lively early on (and Nepal conversely, very nervous) with early goals suggesting the game could turn into a rout. Whether Australia eased off, or Nepal became more confident, as a spectacle the game quickly ebbed away in the second half. 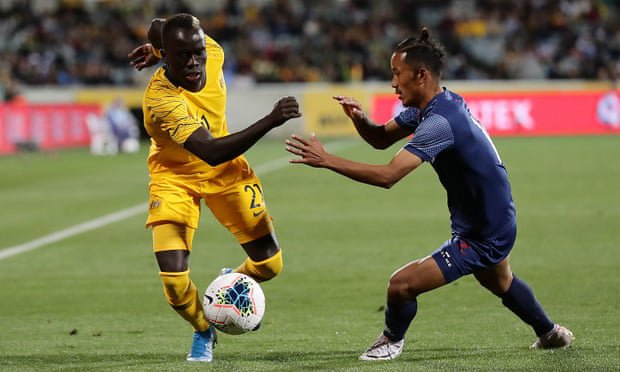 For coach Graham Arnold it was an opportunity to blood some new faces - a debut handed to former Olyroos protege Harry Souttar - while fringe players also got some decent minutes. With Chinese Taipei to come in five days time, the ‘Roos boss spoke about the importance of building depth at the international level.

The depth is definitely growing, the concern may well be however quality. That will be for another day, however, when the Socceroos face a much more difficult opponent.

A credit to Nepal for sticking to the task, but it was a fairly straightforward affair. Two played, two won - the long march to Qatar in 2022 continues to build nicely.

A hat-trick for Jamie Maclaren - great for the striker, who’s translated his domestic FFA Cup form onto the international stage. 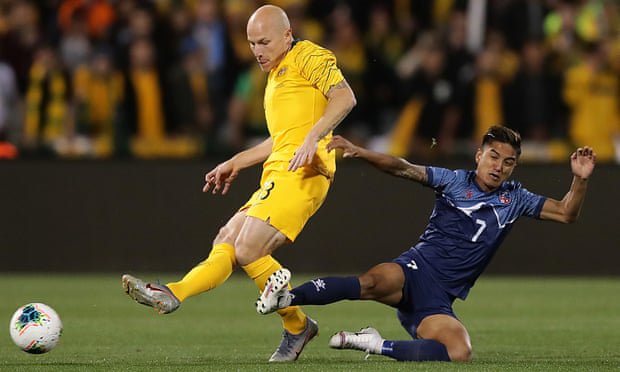 A goal on debut for Harry Souttar, who troubled Nepal no-end with his height and strength from the set-piece.A clean sheet, no injuries, some good minutes for fringe and younger Socceroos.

As Nepal became more compact, Australia reverted more to the flanks. Crosses are by definition a low-percentage play - against more well-organized defenses the speed of the ball will need to be much quicker and greater rotations and variety will be needed, especially through the middle.

It’s a remarkable run - especially given the troubles Australia has had a left-back over the past few years (or possibly ever since Scott Chipperfield hung up his boots).

90 + 1 min: Three minutes added on is the word from the touchline, and Australia pushes for one last goal, while Nepal for their part drops deeper yet.

Courtesy To The Guardian

Tiger Woods Seriously Injured In A Car Accident By Agencies 4 days, 11 hours ago