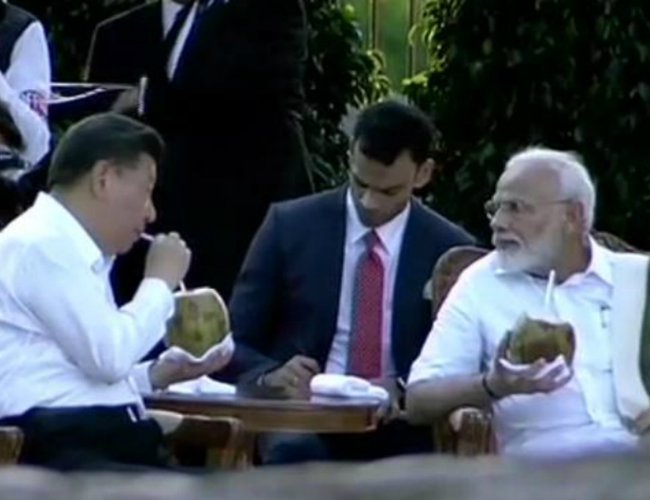 Prime Minister Narendra Modi on Friday took Chinese President Xi Jinping on a temple tour of Mahabalipuram, starting with Arjuna's Penance where he first received the visiting dignitary. It was followed by a tour to Panch Rathas, with the Shore Temple next on the itinerary. Xi earlier touched down in Chennai for the two-day informal summit with Modi and received a grand cultural welcome with traditional dance performances at the airport. Both the state and the central government agencies making all-out efforts to deck up the coastal town that had strong historical linkages with China's Fujian province. 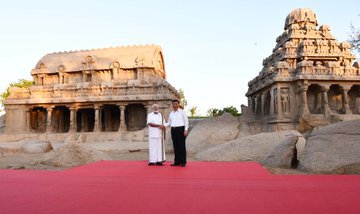 After landing in Chennai, Modi expressed the wish that the summit will further strengthen ties between India and China. "Landed in Chennai. I am happy to be in the great land of Tamil Nadu, known for its wonderful culture and hospitality," he said in tweets in English, Tamil and Chinese. "It is gladdening that Tamil Nadu will host President Xi Jinping. May this Informal Summit further strengthen ties between India and China," he added. An unprecedented security cover has been thrown in and around Mahabalipuram, also known as Mamallapuram, which has inconvenienced people in the town as well as tourists. 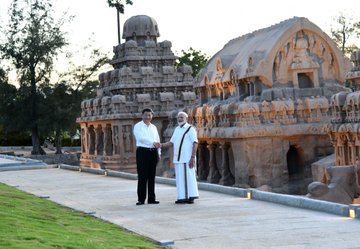