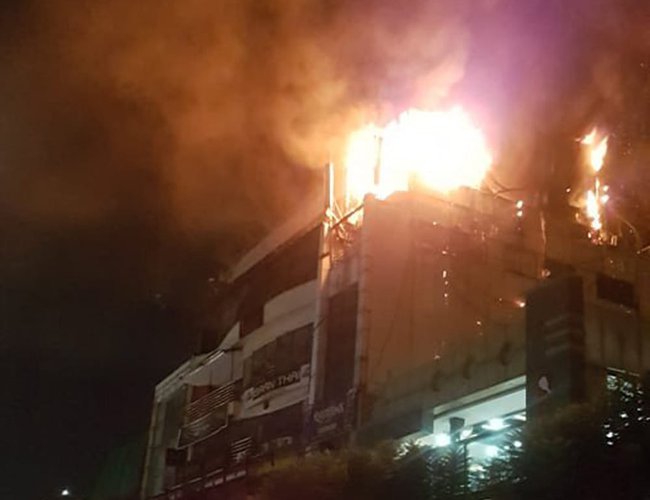 According to police, the fire broke out from seventh floor of the Lounge and fire man are facing difficulties to control the fire. However, no human casualties were reported in the incident.

Police said that the efforts are being made to contain the fire on the 7th floor of the building, police said.