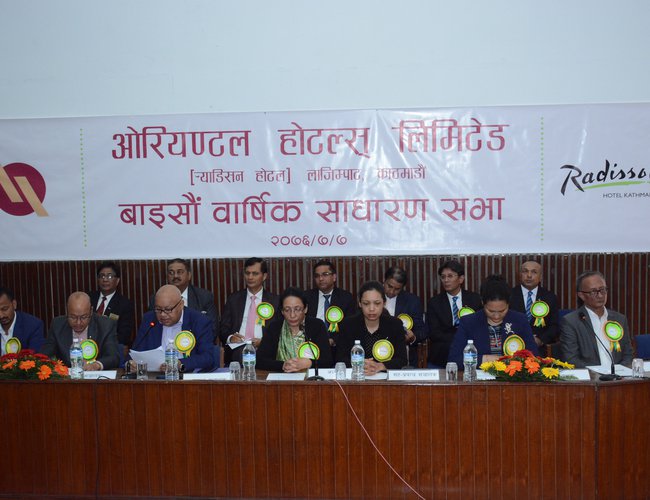 With total turnover of Rs.1.20 Billion, Oriental Hotel Ltd has made net profit of Rs.308.5 million. Out of operational cost of 890.29 million, the operational profit was Rs. 434 million.