Known as the man of light, MD Ghising has once again proved himself as a person with ray of hope supplying electricity throughout the country on the day of Laxmi Puja. 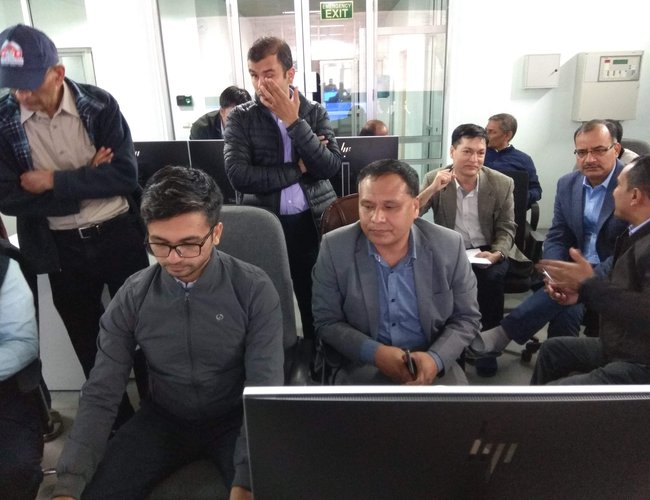 Known as the man of light, MD Ghising has once again proved himself as a person with a ray of hope supplying electricity throughout the country on the day of Laxmi Puja.

Mission Ghising started three years ago not only helping to light Laxmi Puja but also helped to accelerate economic growth. His mission ending load-shedding contributed over 2 percent in economic growth.

As all other consumers were celebrating the night of light, MD Ghising and his NEA’s technical team were cautiously managing the demand and supply of electricity throughout Nepal.

Although his former colleagues and NEA’s senior officers, who were enjoying to live in darkness issuing a public notice calling consumers to reduce the power consumption, MD Ghising backing from minister Janaradan Sharma Prabahakar made impossible things possible.

After attending LDC, MD Ghising also visited Chandragiri to see the state of electricity supply in Kathmandu Valley. According to NEA, there were demands of 1089 MW at picking on Laxmipuja. Last year the demand was 1105 MW. Picking demands of electricity was 1320 MW last year.

The demanded recorded this year was household consumption only. Due to Tihar, industries were shut down which demand 300 MW. The picking demand of Kathmandu valley was 331 MW.

Out of total demand, NEA’s own powerhouse generated 546 MW, Private sector 436 MW and import from India was 107 MW. Due to the operation of 60 MW Trishuli 3 A and 14 MW Kulekhani and some projects from the private sector, the import of electricity from India has declined.NEA generated 101 MW from Kulekhani I, II and III.

MD Ghising said that due to efforts of controlling linkage, use of LCD bulbs by consumers the demands of electricity came down at pick hour of Laxmi Puja. NEA predicted the possible demand of 1400 MW during the day. 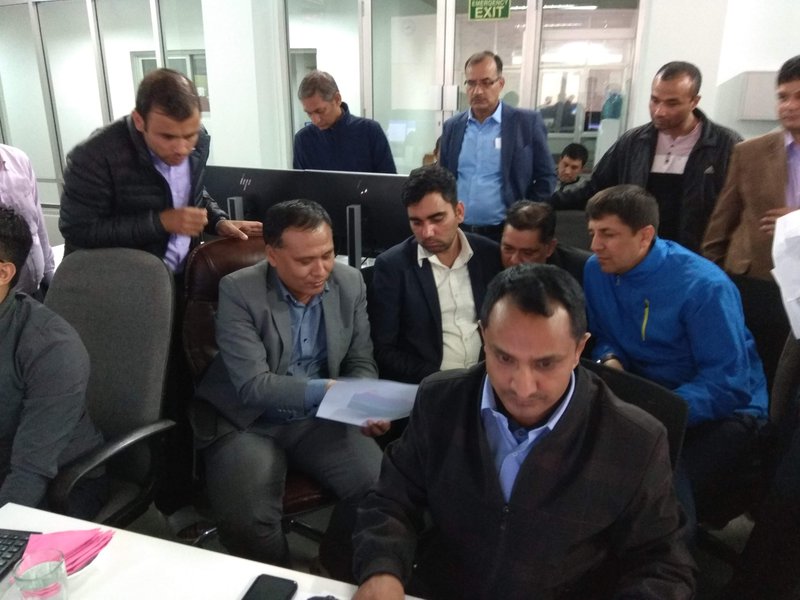 “We had all the preparations to meet the optimum projected demand of that day urging consumers to use the electricity as much as they can. Although demand has not increased as projection, the consumption of electricity has gone up. This is a good indication. In the past, NEA used to distort demand and supply situation. This year’s demand was a real demand,” said Ghising.

“This is the result of improvement in transmission, strengthening of substations and other infrastructures,” said MD Ghising. “Our system is now more reliable to maintain supply and demand.”

Although there were minor disruption of power in few minutes in Kathmandu, Chapali-Shivauri, Sunsari Duhabi-Dharan, and Butwal and Rupandehi, the maintenance team quickly restored the power.

“There was an uninterrupted power supply on Laxmi Puja. Our team was able to maintain the demand and supply situation,” said Prabal Adhikari, spokesperson of NEA.