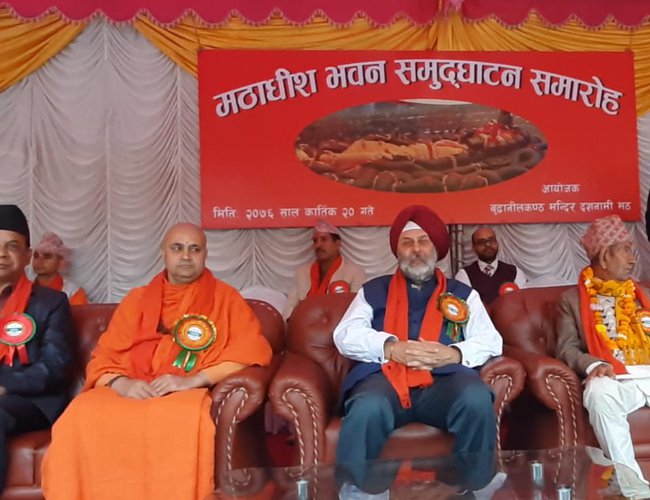 Budhanilkantha Temple is situated at the foot of the Shivpuri Hills in the northern-most part of the Kathmandu Valley. The shrine with probably the largest stone statue of Lord Vishnu in Nepal is reclining on a bed of Nagas or serpents in the middle of a small pond. 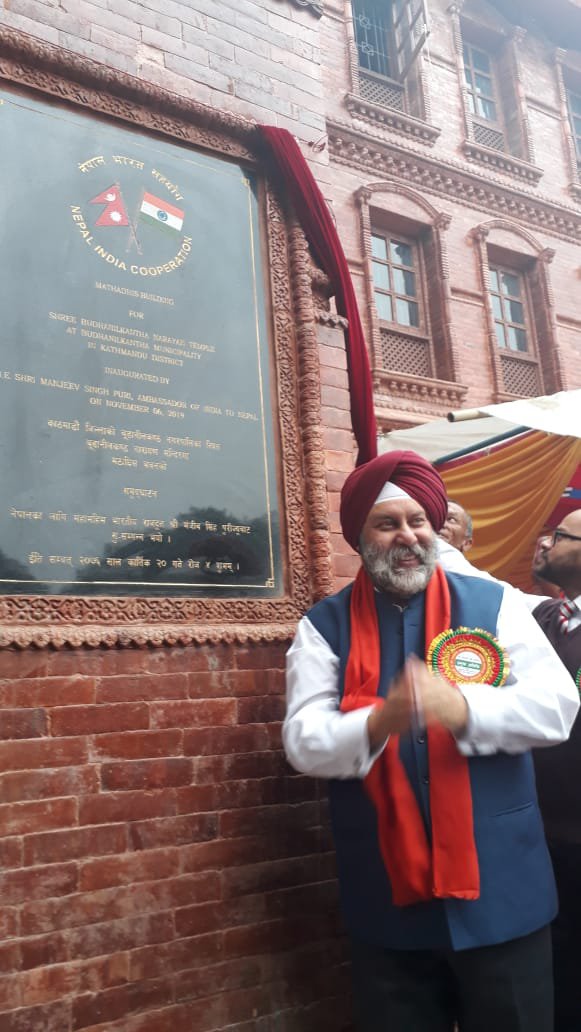 Shree Budhanilkantha Temple has great religious and cultural significance for Hindus all over the world and thousands of pilgrims apart from tourists from India and elsewhere in the world visit the temple daily. The newly constructed Mathadhis building in the Temple premises would stand as an important icon of the age-old cultural bond between India and Nepal.

The new infrastructure constructed with the Government of India’s grant assistance of NRs. 21.80 million, is a three-storied building which will house Mathadhis and several young monks. The project was implemented by the District Coordination Committee, Kathmandu.

The project underlines the importance accorded by India to the preservation and promotion of the rich religious, cultural and historical heritage of Nepal, which is in the spirit of the strong and close bonds between the two countries.

India Provides Grant For The Construction Of New School Building In Butwal By NEW SPOTLIGHT ONLINE 19 hours, 44 minutes ago

PM Oli Adopted A Rhino By Agencies 1 day, 9 hours ago

338 Households Displaced In Fungling Due To Fire By Agencies 1 day, 22 hours ago

Chanda Led Maoist And The Government To Hold Talks By NEW SPOTLIGHT ONLINE 2 days, 8 hours ago