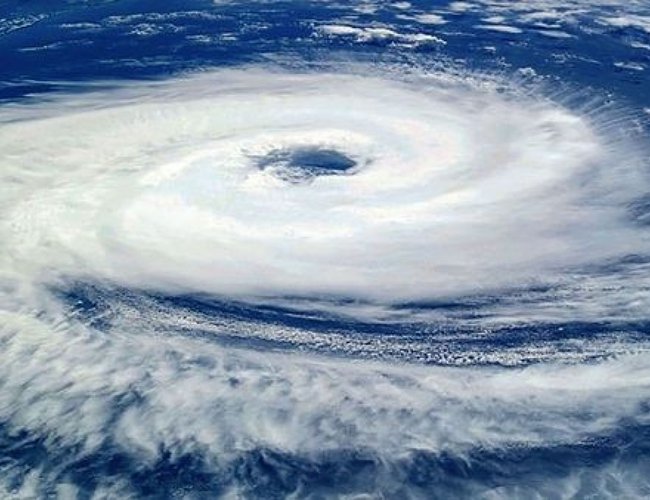 Just as the Cyclone Maha weakens into a deep depression over the Arabian Sea, another cyclone has formed over the Bay of Bengal on Wednesday night. The storm is moving north-northwestwards towards West Bengal and Bangladesh coasts.

The storm is intensifying gradually and is likely to concentrate into a severe cyclonic storm by Friday morning, and further into a very severe cyclone by Saturday. The Weather Channel’s met team forecasts that there is a possibility of landfall over Eastern India this weekend.

At the moment, no severe impact is forecast, except for heavy rains, as the system is likely to weaken before landfall. The India Meteorological Department (IMD) has issued heavy rainfall warnings for Odisha, West Bengal and the Andaman & Nicobar Islands.

While most places across West Bengal will receive light to moderate rainfall, IMD has issued warnings of isolated extremely heavy rainfall over coastal districts of West Bengal. Red warnings are in place for North and South 24 Parganas, while East and West Midnapore, Howrah, Hooghly and Nadiya are under orange alert on Saturday. IMD’s red warning recommends taking action to avoid measure impact, while orange alert means ‘be prepared’.

The national forecaster has warned of isolated heavy to very heavy falls over north coastal districts of Odisha including Puri, Kendrapara, Bhadrak, Balasore and Jagatsinghpur on Friday and Saturday. Strong winds and very rough sea conditions will prevail over east-central and southeast Bay of Bengal on Thursday, and central and northwest Bay of Bengal on Friday.

Light to moderate rainfall is forecast over the Andaman and Nicobar Islands during the next 24 hours. Fishers are advised not to venture out into the sea, and total suspension of fishing operations over Odisha and West Bengal coast is recommended from Friday onwards.

Gangetic West Bengal has received 177 mm rainfall during this post-monsoon season since October 1 as against the normal of 133 mm. Odisha has also received 63% excess rainfall from October 1 to November 6.

The previous cyclone over the Bay of Bengal was Cyclone Fani, which hit Puri in Odisha on May 3, 2019, killing 89 people in eastern India and Bangladesh. It was the strongest tropical cyclone to hit Odisha since 1999.

The name ‘Bulbul’ is based on the suggestion by Pakistan. The naming of cyclones follows the guidelines set by the World Meteorological Organisation (WMO), which stipulates that the countries in the region must name storms in any ocean basin. For the north Indian Ocean, eight countries suggest the names, including India. Oman named the last cyclone ‘Maha’.

Generally Cloudy In The Hill Areas Across Nepal By NEW SPOTLIGHT ONLINE 5 hours, 38 minutes ago

Weather Update And Forecast For February 25 Across Nepal By NEW SPOTLIGHT ONLINE 1 day, 5 hours ago

Weather Update And Forecast For February 24 Across Nepal By NEW SPOTLIGHT ONLINE 2 days, 5 hours ago

Weather Update And Forecast For February 21 Across Nepal By NEW SPOTLIGHT ONLINE 5 days, 5 hours ago

Partly Cloudy In Bagmati And Gandaki By NEW SPOTLIGHT ONLINE 6 days, 6 hours ago