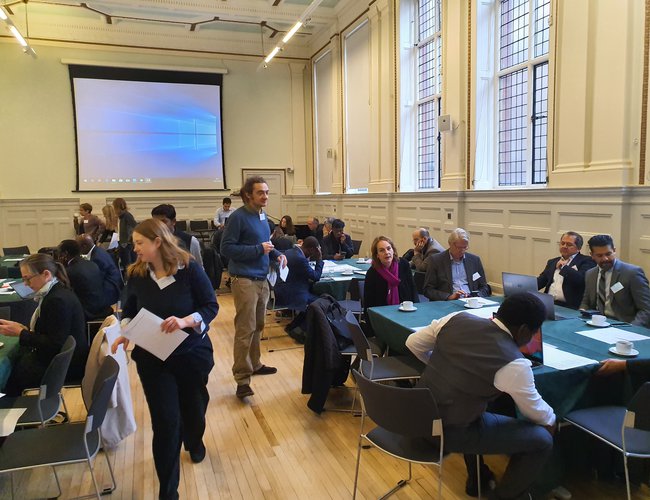 Concerns about human predicaments arising from a disjuncture between human practices and the impacts they have on the social order as well as the environment eventually express themselves as movements. In the past, the most far-reaching have been religious reforms: in today’s modern world, they express themselves in more secular and scientific terms but the underlying moral outrage is almost the same. When the apprehensions become pervasive, they incite custodians of the global order “to do something about it”. Hence global goals that many governments buy into, with its attendant flurry of activities. Climate Crisis with global warming and the Sustainable Development Goals (SDGs) are the current ubiquitous anxieties.

In the 1980s, it was water-borne diseases and the drinking water crisis that prompted the UN Water Supply and Sanitation Decade. It came, full of sound and fury, but eventually whimpered away almost forgotten since deeper reflections pointed to underlying uncomfortable truths about the established pecking order that few wanted tampered with. But it was not without it morphing into a broader movement – Integrated Water Resources Management (IWRM) – which suffered a similar fate and has now given birth to (and is subsumed under) the Nexus Approach. Does that cycle represent a basic life-truth, and will SDGs, as with their previous incarnation Millennium Development Goals (MDGs), too suffer a similar fate a decade on?

It was with this and other apprehensions that I went to the early November three-day consultative brainstorming meeting co-organized by the University College London (UCL) and the Science Policy Research Unit (SPRU) of the University of Sussex under the auspices of UNDP & UKRI. I had been asked months earlier to be on its Advisory Committee and was captivated by its ambitions and audacity, designed as it was to understand how Science, Technology and Innovation (STI) could contribute in achieving the Sustainable Development Goals (SDGs) in Low and Middle-Income Countries. Each of the capitalized words in the previous sentence are horrendous problems of wicked proportions in themselves: their coming together in a research program makes it not any less difficult but certainly more mind-blowing and full of potential for rich tangential explorations.

By a strange quirk of fate, a few months after the UCL-SPRU invitation, the new vice-chancellor of Nepal Academy of Science and Technology (NAST) had asked me to chair a new NAST initiative – design of a National Innovation System Framework – to figure out how science and technology could help further the government’s campaign of “Prosperous Nepal: Happy Nepalis”. I had been able to convince NAST that just preparing a report with a laundry list of activities would scarcely help as the topic pointed to the need for deeper and longer-term reflections at a national scale. We were able to initiate that process under the nascent NAST Colloquium on the Philosophy of Science and the Sociology of Technology, followed by a special session at the Youth Science Congress and hopefully in early 2020 with a national conference dedicated to this topic. The challenge will be to meld the requirements of a robust scientific culture with a deep understanding of the development conundrums.

What makes for a good scientific culture that promotes exploring new pathways? It must be remembered that dissatisfaction with the old and a need to look for the new does not come from those benefiting from the old but mainly from those not benefitting so. Who are they and do they have sufficient leeway to do so? If they are not the fatalized masses of consumers and voters, they would be the civic and religious movements that uphold a value different from that of governmental control or private profit, that feel morally affronted and are able to catalyze the fatalized masses into action. They have always been the vanguards of change against insurmountable odds; and the degree of robustness of a scientific culture has to be measured against the freedom enjoyed by such forces to pursue their callings. Expecting them to be docilely following government dictats or private sector inducements merely produces business-organized BONGOs and government-organized GONGOs, not real agents of change. And this is as true at the village and national levels as it is at the international. 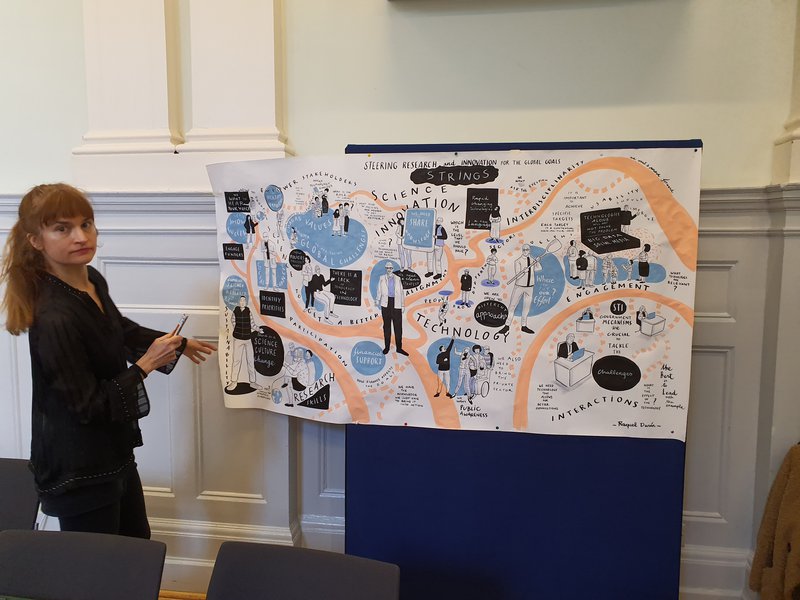 Science is about problem solving as per the scientist’s definition of what the problem is, an inner calling that consumes the person from the inside. And it varies from where the scientist comes from: a government scientist would define the problem very differently from a scientist working for a private company as would a scientist in a robust civic movement. For example, is the Bagmati river pollution problem a lack of regulations, or a greedy private encroachment of river banks, or a failure to uphold values of its sacredness by the many trustees of temples along its banks. Blue Sky science is not just about “anything goes”: it is about primarily three specific ways (or values) of how things should go – the way of market profits, civic morality or government control? And attempt to force scientists to define their research agenda as per government or private sector wishes merely drives good, critical science underground. It has happened in the past when the Soviet regime argued that not just scientists but also poets and artists should produce “only that which Soviet scientific realism demanded in its quest for constructing communism”. And we know how it ended. And attempts to force social and natural scientists to tailor their research to the “scientific realism of SDGs” might meet a similar fate.

Global problems such as climate change, water and energy crises, persistent and increasing endemic poverty, breakdown of governance and increase in violence as a means of solving problems – these and many other concerns, which are really of development per se, require concerted international efforts if they are to be eventually solved or at least significantly ameliorated. And it requires a constructive engagement not just between governments of different countries but also market players and civic movements. The past approach of only government-led development efforts failed to provide meaningful results and current efforts are to rope in the private sector through the public-private partnership (PPP) approach. Unfortunately, results indicate in most cases a public that has washed its hands off from shouldering the responsibilities entailed, and a private sector more rapacious than before with their ability to bend the public functionaries to their private interests. A more plural engagement – public-private-civic partnership (PPCP) – might have arrested such a hijack of development by a minority of vested interests against the well-being of the vast majority.

Fundamentally, SDGs are a new phase in old development thinking; and a reflection on this past history is necessary if mistakes are not to be repeated. Development as we know it began with the Industrial Revolution – it was called “Improvement” then, I am told by British colleagues – but in much of the Global South it is a post-World War-II phenomenon. It was initiated as a continuation of the First World’s Bretton Woods post-war order to make sure the Third World did not become part of the Second (communist) world. It was robust in the 1950s, ‘60s till the ‘70s; however, by the 1980s a fatigue had set in with the transformation of Development into the Structural Adjustment Program, also described as “fatalism in development”, i.e. the “Third World will never really develop, all we can do is make sure our investments are returned” mentality. Fortuitously, the Second World soon collapse with the collapse of the Berlin Wall and even this bit of fatalism was no longer needed: with was followed by a cynical withdrawal with the Washington Consensus that asked the market to do the development. The market alone obviously could not and would not tackle issues of persistent, increasing global poverty and hence the need to weave a larger political “hopey-changey” narrative of hope that became the MDGs and now SDGs.

The primary criticism of these initiatives has been that they are still based on a failed development agenda/model that still believes in iniquitous growth somehow reducing poverty and not actually creating it. They are silent on the negative role of financial markets and the big banks; the debt crisis which makes the borrower responsible but not the madly profit seeking financial shenanigans; the meaningless definition of poverty as income less than $1.25/day; how liberalization of trade has worked against the interests of the poor farmers; and whether SDGs merely ask for tinkering with the system rather than fundamentally restructuring it. Its last goal #17, which acknowledges the need to for such a substantive change and for stopping using the GDP as a metric of progress, is insipid and too late, to be done only in 2030.

Ultimately, what SDGs and the nature of scientific inquiry force us to do is ask many uncomfortable questions: can science be practiced without a degree of scientific culture? Can technology – which is science with a commercial value – even be transferred magnanimously? If it is not a black box but capacity, should it not be built painstakingly from the grassroots upwards? Can development be “aided”, and if so under what conditions? And finally, will development (and it latest incarnation SDGs) even remain on the global agenda in the Age of Trump and Brexit and not overcome by military and other adventurisms? Scientists and technologist need to ponder on these deep-seated questions before settling on their research agenda.

Nepal And The EU Share 20 Years History Of Partnership On Education By Jutta Urpilainen 9 hours, 21 minutes ago

Be Works By Hemang Dixit 10 hours, 22 minutes ago