In September 2015, Nepal promulgated a new Constitution mandating the country’s transition from a centralized unitary state to a federal state. The goal was to bring democracy to the doorstep of citizens and assign more power and responsibility to local governments. Four years on, how is the reform progressing and what role does knowledge play in informing such a complex and political reform? To discuss the answers to these questions I spoke to The Asia Foundation’s BISHNU ADHIKARI, Program Director of the Strategic Partnership on Sub-national Governance Program, funded by the Australian Government’s Department of Foreign Affairs and Trade and implemented by The Asia Foundation in Nepal. 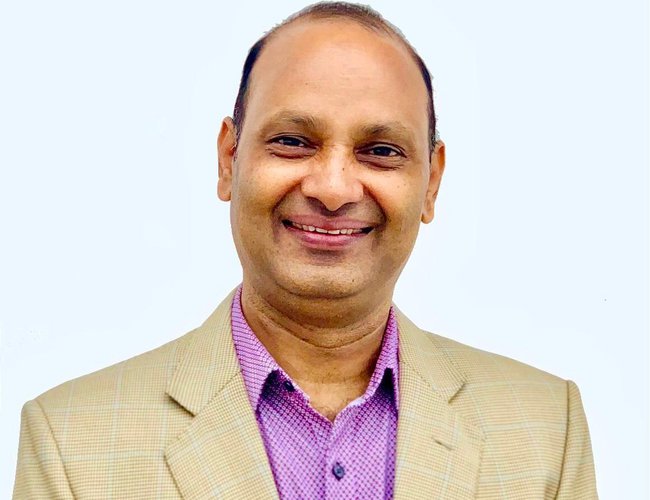 Can you tell me a bit about your experience in the governance sector in Nepal?

I have been working in the local governance, civil society, electoral and political process and rule of law sectors for nearly 18 years in Nepal. Since 2018, I have been with The Asia Foundation as Program Director of the Sub-national Governance Program, which is a strategic partnership with the Australian Government. Between 2017 and 2018 I was part of a program called Economic Policy Incubator, funded by DFID Nepal. The program aimed to promote community participation in public-private partnerships for local economic policy reform. I’ve also worked in the governance sector for USAID and DFID.

What is/are the changes that the Strategic Partnership on Sub-national Governance wants to contribute to and what strategies have you designed with your team and your partners?

Our program aims to contribute to Nepal’s own priorities in creating an enabling environment for effective, efficient and inclusive sub-national governance systems that benefit all citizens. In our efforts to achieve this, the partnership is facilitating a process to help establish clarity about the roles, functions, and accountabilities of the three levels of government–federal, provincial and local. We are generating evidence and knowledge to inform dialogue and discussion among stakeholders, supporting formal and informal mechanisms and institutions to mitigate disputes or establish collaboration between the government and citizens, and testing ways to support leaders in selected local governments to design, establish and implement local policies aimed at improving public services and economic development. We work in close coordination with federal, provincial and local governments. Our strategy is to establish a collaboration between locally elected leaders, civil society organizations and citizens to discuss and design solutions to problems. For example, Province-3 approached us for partnership around their multi-year planning process; we facilitated participatory visioning and planning exercises involving elected officials, experts, and citizens in Province-3 that resulted in a comprehensive provincial plan that meets the priorities identified in consultation with citizen. These priorities include development of quality rural and urban infrastructure; commercialization of agriculture; promotion of industry and entrepreneurship, and quality tourism; and specialised human resources to support these sectors. We have been employing similar approaches when testing with partner municipalities the design of municipal social and economic profiles, public health management and market monitoring policies, community mediation and multi-stakeholder dialogues. In all these initiatives the program acts as a facilitator in these processes. We do not offer any pre-determined solutions. The solutions to local problems emerge from dialogue and discussion around the nature and impact of the problems people face and the possible solutions to those problems. We apply positive inquiry to see if additional information, data, or consultation may be appropriate to their decision-making processes. Counterparts have told us repeatedly that this approach is helpful in two ways: it creates ownership and accountability at the local level, and it allows the program activities to adapt to local circumstances.

When I was in Kathmandu last May, someone told me that the federal reform in Nepal was essentially a very large-scale political experiment. You have a long history in the governance sector and have seen a lot of changes in the country’s governance system. How do you see the current reform?

What you have heard is correct. We are undergoing a massive change in our governance system. We have taken a “big bang” approach to devolve decision-making power and authority to provinces and local governments after over two hundred years of centralised decision making. The Constitution, which was passed in September 2015, mandates a federal system where the executive, legislative and judicial functions are organised along three levels: federal, provincial and local (i.e. rural and urban municipalities). I believe that this change provides unprecedented opportunities for local governments to provide better public services to its citizens. For example, the gradual transfer of resources to local governments provides an opportunity for elected officials to design policies and programs that involve citizens and address local problems in an effective way. At the same time, the federal reform poses enormous challenges to the federal government and local governments. Citizen expectations of local governments far exceed the resources and capability that local governments currently have to deliver against those. We have also observed the typical tension between central and local levels in terms of negotiating the devolution of decision-making power, where the federal level still holds considerable policy-making authority. Similarly, we are likely to see an increase tension between the three spheres of governments over the division of financial resources and revenues. To help resolve these differences, I think it is important to invest in building the capability of the state institutions at different levels as envisaged by the constitution while also facilitate informal mechanisms and systems for continuous dialogues and discussions to pre-empt the disputes where possible.

One element of governance reform that I have been researching for some time now is the use of different types of knowledge to inform policy decisions at national and sub-national level. In my experience, when policy decisions are very political and contested, the room for knowledge and evidence reduces considerably. How much room is there for evidence, analysis and research in the decisions that underpin the federal reform?

We need to be realistic about the contribution of evidence to policy decisions. The purpose of knowledge and evidence in policy making is to help define options and alternatives for decision makers. Having said that, politics plays the main part in policy making, and in some cases policy makers may ignore evidence that goes against a certain view or political position. This means we need to accept that even the best available research evidence or knowledge may not inform or influence decisions of policy makers. Therefore, in addition to policy makers, I think we should aim to use evidence to inform a wider range of interest groups, stakeholders and the public who are involved in policy debate and decisions. This would inform their positions and create necessary pressure to influence their decisions using evidence and knowledge.

That is a great way to put it. Use evidence, share evidence and create a culture that supports evidence-informed debate and decisions. But while evidence needs to be used, there is also a need for policy actors to demand it.

I agree. The demand for evidence is part of a culture that values evidence. While supporting ways to make more evidence available for policy debate, it is important to create demand for evidence and knowledge among policy makers, as well as other stakeholders. This would then lead to the use of evidence and research in decisions. Take the federal system for example, which is being introduced in Nepal. It is completely new. Though the Constitution had provision for provinces, they did not exist until the elections in 2017. Different forms of evidence, such as studies, assessments, problem mapping, capacity gap analyses, citizens’ perceptions and case studies from relevant other context are all necessary to make decisions about the working of this new system at all levels.

Can you give some examples?

There are several examples in the context of Nepal where evidence and analysis has led to policy reform or change. However, the main challenge is the implementation of those policies, due to scepticism towards evidence and its impact on policy. Most recently, through our Sub-national Governance Program we did a review of legislation on the role and function of the different administrative levels. We found several inconsistencies between the instruction and principles of the Constitution and the new laws. This new information provided a policy advocacy agenda, more specifically with examples to provincial and local governments to use in their advocacy work. Another example is from our work on national surveys, various analytical and diagnostic assessments, municipal social and economic profiles, and policy dialogues. These generated ample evidence, knowledge and baseline data that are being used by a number of local governments to formulate their long-term strategies, plans and annual budget allocations, and to design new programs.

Let’s look to the future. It is 2040. How do you imagine the governance system in Nepal and how are policy decisions being informed?

What I see is a gradual improvement in the overall governance system in Nepal between now and then. I am optimistic, but I do not think there will be rapid change in the capabilities of the new governance system. I believe that due to information and evidence being shared through the internet and social media, the public will increase its capacity to gradually inform and influence policy decisions through different forms of participation and consultation. Some of these will be driven by technology. One recent example from Nepal could be the law being proposed by the Federal Parliament to reform the governing systems of trusts and property. One of the key reasons that the public protested against it and the government was compelled to take the Bill back was a lack of evidence and public knowledge about why the amendment was proposed and what impact, positive or negative, it would have on the trusts.

Thank you. I am grateful for the opportunity to share some of my thoughts and reflections on my own work and the work of our team.

This article is republished from Knowledge Counts a blog by Arnaldo Pellini under a Creative Commons license. Read the original article here. https://knowledgecounts.fi/2019/11/14/federalism-and-the-demand-for-evidence-in-nepal-in-conversation-with-bishnu-adhikari/