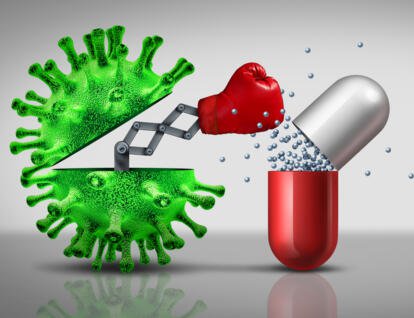 World Antibiotic Awareness Week is observed this year from 18-24 November. FAO, the World Organisation for Animal Health (OIE), World Health Organization (WHO) and UN Environment, also known as the Tripartite Plus, have called for renewed focus on the global action plan on antimicrobial resistance (AMR) as the world grapples with the effect of new and re-emerging transboundary animal diseases (TAD). This partnership of United Nations (UN) agencies explained that addressing AMR would contribute to controlling and preventing TAD including African Swine Fever.

Good production practices such as regular cleaning and disinfection, basic biosecurity and personal hygiene would help in preventing diseases and the need for antimicrobials like antibiotics. The term antimicrobials is used to describe drugs used to prevent and treat parasitic, bacterial, viral and fungal infections. Antibiotic resistance is the ability of bacteria to survive treatment with antibiotics. Thus, AMR is the general term for drug resistance in microbes. It occurs naturally but misuse of antimicrobials contributes to an acceleration in cases of AMR.

Antimicrobials like antibiotics are becoming less effective to fight off infections as they are being misused or over-prescribed in public health and agriculture. The emergence and mitigation of AMR is complex and requires communities and stakeholders’ concerted efforts to address this global health issue. Key stakeholders such as farmers, pharmacists, animal feed vendors, veterinarians, among others are, therefore, encouraged to use antimicrobials responsibly and consistently. Public and animal health specialists are also encouraged not to over-prescribe to ensure these important medical substances remain effective against infections.

The Food and Agriculture Organization of the United Nations (FAO) has officially designated the Faculty of Veterinary Science at Thailand’s Chulalongkorn University as a Reference Centre for antimicrobial resistance (AMR), FAO’s Regional Office for Asia and the Pacific announced today.

In the Asia-Pacific Region, this is the first formally designated FAO AMR Reference Centre, and the second to be designated as such globally.

“The designation further strengthens our position to support the global campaign to address (AMR) and help others when needed,” said Professor Roongroje Thanawongnuwech, Dean of Veterinary Science at Thailand’s Chulalongkorn University. “It confirms (our) global approach to research work and campaign to mitigate AMR.”

Work at the Reference Centre is expected to add value to FAO’s own work in mitigating antimicrobial resistance in the Asia-Pacific region by providing scientific and technical expertise, diagnostic services, laboratory and field training, coordinating research and developmental studies, and in contributing to FAO projects.

“FAO expects that the Reference Centre at Chulalongkorn University will further contribute significantly to multi-sectoral efforts to address AMR,” said Katinka de Balogh, FAO’s Senior Animal Health and Production Officer. She added that monitoring and surveillance of AMR in bacteria from animals is critical to inform actions towards AMR mitigation.

The first of five volumes of Regional AMR Monitoring and Surveillance Guidelines was launched today. FAO developed the guideline in collaboration with Chulalongkorn University Veterinary AMR Cluster (CU VET AMR) in consultations with global and regional stakeholders and experts, especially in Southeast Asia.

“FAO is pleased to present this first of five AMR monitoring and surveillance guidelines, which truly has been a product of extensive and intensive consultative process,” said Kachen Wongsathapornchai, Regional Manager ad interim of the Emergency Centre for Transboundary Animal Diseases at FAO Regional Office for Asia and the Pacific.

The publication “monitoring and surveillance of antimicrobial resistance in bacteria from healthy animals” is centred on healthy animals for consumption and on protection of public health. It provides guidelines on the design of AMR monitoring and surveillance, with a particular emphasis on relevant epidemiology and laboratory methods including data management. The publication of this guideline is part of the activities of the USAID-funded Regional AMR Project.