15 Persons Killed In A Bus Accident In Arghakhachi District

15 Persons Killed In A Bus Accident In Arghakhachi District 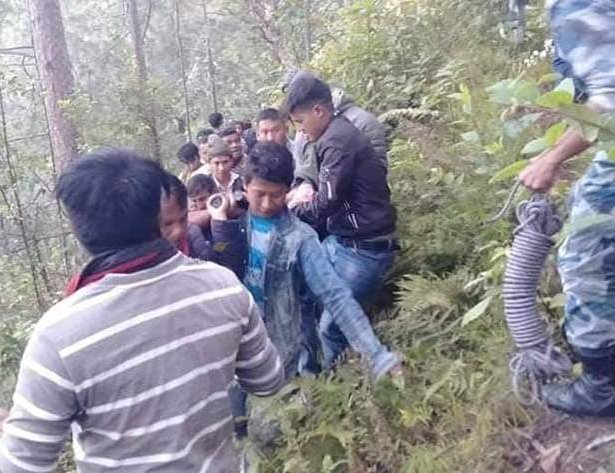 At least fifteen people reportedly killed in a bus accident near Sandhikharka of Arghakhachi district. The bus no Lu 2 Kha 2148, which left from Butwal to Ardhakhachi, crashed at Narpani, ward no 6 of Ardhakhachi Municipality.

According to Deshsanchar, the number of dead will likely to increase. The bus fell almost 300 meters from the road. Out of 15 killed in the accident, 10 are men. Seven injured were sent to Butwal Hospital for further treatment. Nepal Police, Nepal Army and Armed Police force are carrying out rescue operation.

Police Has Made Public Bhagrathi Murder Case Accused By Agencies 1 week, 6 days ago

Bhagirrathi Was raped Before Murder By Agencies 3 weeks, 3 days ago