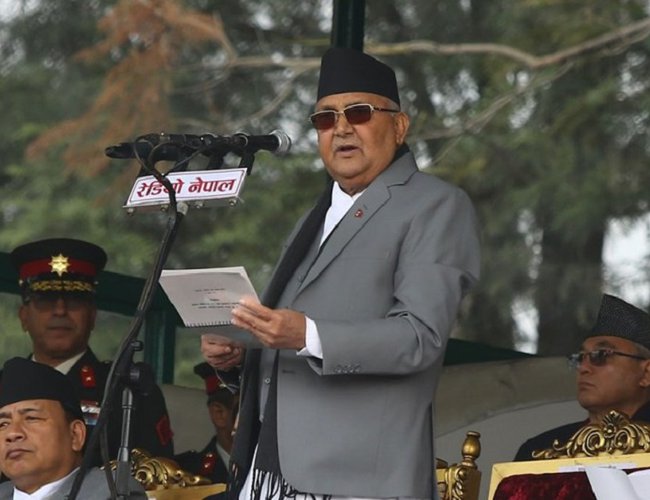 Prime Minister KP Sharma Oli, who has undergone an appendicitis surgery at Manmohan Cardio-thoracic Vascular and Transplant Centre of Tribhuvan University Teaching Hospital in Maharajgunj after his appendix burst, is recovering.

According to his press adviser Surya Thapa, he underwent laparotomy and appendectomy procedures. “His health is stable.” Thapa said that he will likely to discharge on Thursday from Hospital.

According to Thapa, the surgery was performed by a team of doctors, including Dr Ramesh Singh Bhandari, gastrointestinal and hepato-pancreato-biliary surgeon. The surgery was over at 12:45pm Tuesday. “He has been admitted to the intensive care unit of the hospital and is under close observation.”

Ram, Sita, Laxman And Hanuman’s Statue To Be Installed In Ayodhyadham By Agencies 4 days, 7 hours ago

Local Levels Oppose To Shutdown The Schools By Agencies 1 week, 2 days ago