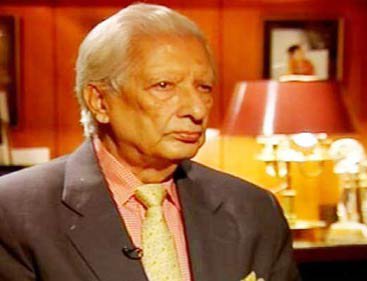 If India and China come together and formalize the Line of Actual Control, there could perhaps be a progress in economic ties between the two countries, feels former foreign secretary M.K. Rasgotra. He was speaking after receiving the Professor M.L. Sondhi Prize for International Politics, 2018.

Rasgotra said though it is untenable to accept the Belt and Road Initiative in its present form, there could be hope of a China-India Friendship Railway Economic Corridor some day.

He said instead of getting worked up about Nepal turning to China for travel and transit solutions, India should welcome it. “If at all China does build a railway line from Lhasa to Kathmandu, it could some day be connected to the line that India is taking from Raxaul to Kathmandu. And if we have, in the meantime, come up with a practical definition of the LAC, the railway line could be extended right through Sarnath and Gaya, to Bangalore and Hyderabad and even connect the ports on the west coast,'' he suggested, noting that there could also be economic hubs along this transit route.

He said China was India's biggest challenge, and though the border issues were irritants in the north, it was towards the south, in the Indian Ocean region, where China would actually take on India. He pointed out that so far the Indian Ocean region has remained peaceful, but China was developing military bases in the region, and emphasised that India needed to ensure that China did not grow militarily in this region.

Rasgotra stressed that India and Sri Lanka needed to ensure that the Hambantota port of Sri Lanka does not get converted to a military base anytime.

He noted that foreign policy under Prime Minister Narendra Modi had become vigorous, but it is still essentially a skillful and gentle diplomacy India adopted. He noted that Modi has visited 60 countries in six years, and each of these visits have been packed with business—deals on trade, science, technology development and strategy. “This is unprecedented in the history of India,” he added.

Local Levels Oppose To Shutdown The Schools By Agencies 3 days, 7 hours ago

Helicopter Used To Drop Water On Wildfire In Shivapauri By NEW SPOTLIGHT ONLINE 4 days, 8 hours ago