Having worked for a long time as correspondent to Associated Press, Guruwacharacha has ended a period with his death 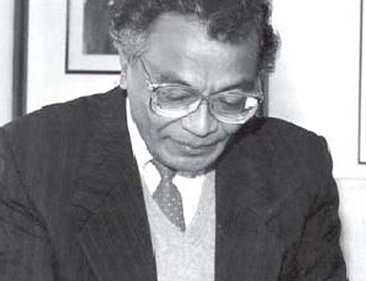 Working as a journalist in the closed Panchayat period and open system following the restoration of democracy in 1990, eighty-two years old late Binaya Guruwacharcharya maintained his integrity and professionalism, never compromising journalistic ethic.

This may be the reason Associated Press retained him as its correspondent for a long period of time. Gentle and soft spoken, Guruwachracya, who was also elected as a president of Nepal Forum for Environmental Journalist in 1994, always encouraged young journalists and he was the source of inspiration for many.

Despite having suffered from illness for long, senior journalist Guruwacharya, a man with patriotism, was always amicable. He always expressed his personal feeling with likeminded journalists about the deteriorating situation of the country.

A man with a strong inner conviction, late Guruwacharya always stood for media ethics, professionalism and morality. During Panchayat days filing the news for foreign media used to be a very difficult work.

However, authorities had rarely made any comments on his reports. This was the asset of late Guruwacharcharya.

Born and grown up in Kathmandu, Guruwacharya had started his career as a journalist from the national news agency, Rashtriya Samachar Samiti, which used to be a media institution with Nepal’s cream hand during Panchayat Days.

Although many journalists in his age used to boast of personal achievements Guruwacharay died quiet as an unsung hero.

He is survived by his son, daughter and wife.