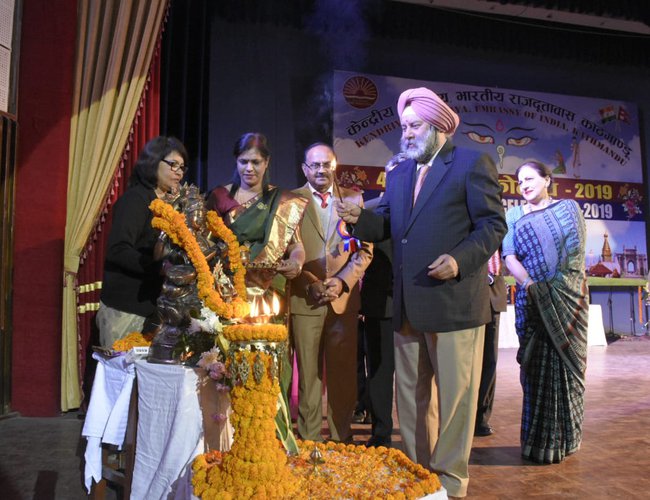 Ambassador of India to Nepal Manjeev Singh Puri said that he was greatly impressed with the progress of the Vidyalaya on all fronts.

As a chief guest of the program, ambassador Puri also felicitated the students and teachers for excellence in scholastic and co-scholastic spheres. He congratulated KV KTM team for their concerted efforts which manifested in the vidyalaya reaching unprecedented heights as a centre of quality education as well as its pivotal role in fostering and reinforcing Indo – Nepal Ties.

A cultural event, organized at Nepal Academy Hall, Kamaladi, Kathmandu, was graced by ambassador Puri. Lighting of the Ceremonial Lamp marked the auspicious beginning to the colorful extravaganza. The Principal In-Charge expressed deep gratitude to the Chief Guest and all other guests who envisaged and steered the vidyalaya on the path of spectacular success.

According to a press release issued by Kendriya Vidyalaya, to conclude the cultural bonanza, a power-packed Rangilo Dance was performed by the students which set the stage ablaze. A Vote of Thanks was proposed to bring an official end to the program followed by Nepali and Indian National Anthem sung in unison.