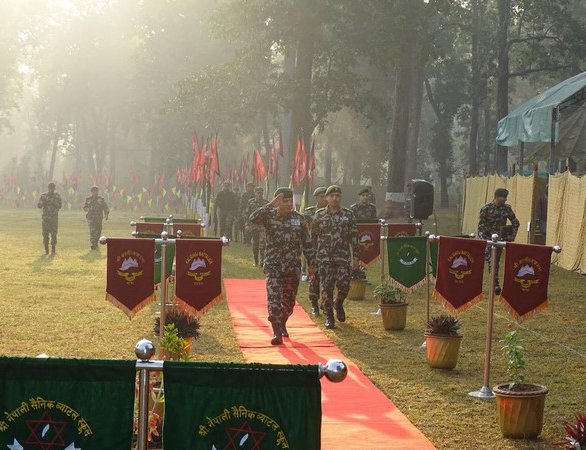 A Joint Military Exercise between Nepal and India commenced at the Nepal Army Battle School in Rupandehi On Tuesday with an aim to enhance interoperability at military level in jungle warfare, anti-terrorism combat as well as disaster response activities according to Indian Defense Ministry.

This is the 14th edition of join military exercise Surya Kiran which is conducted alternatively in India and Nepal. Both armies will share their experiences in countering such situations and also refined the drill and procedures for joint operations in jungle, mountainous terrain will be conducted.

The aim of the exercise is to conduct a battalion level combined training between the Nepalese and the Indian Army with a scope to enhance interoperability at military level in jungle warfare, anti-terrorism combat, humanitarian assistance as well as disaster relief operations, medial, environmental and aviation related activities

Nepal Is Committed To End All Kinds Of Discrimination: Foreign Minister Gyawali By Agencies 1 day, 21 hours ago