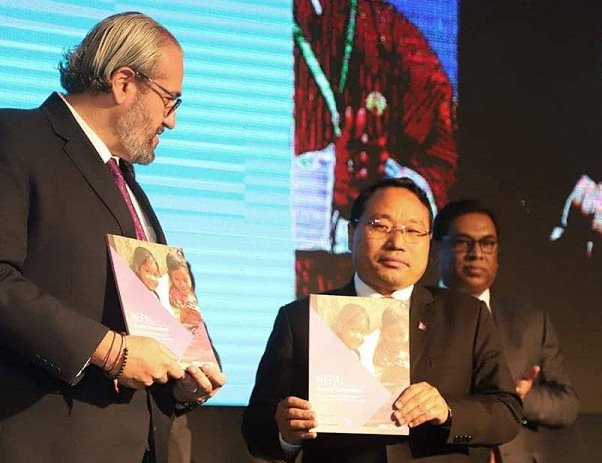 Although the two-day Power Summit 2019 concluded with a collective call from all quarters to raise investment in the country’s hydropower sector, no investor has made a bulk investment commitment to build plants.

Organized by the Independent Power Producers’ Association-Nepal (IPPAN) with the theme of ‘Powering the Asian Century’, the seventh edition of the event witnessed a call from the government to raise investment in the hydropower sector and commitment from domestic and foreign investors to unleash Nepal’s hydropower potential, provided that the government facilitates investment through friendly policies.

Whatever the policymakers claim, Nepal’s overall system is yet to be investment friendly. As the process of investment in hydropower sector is so much complicated and complex, the investors need to go to several institutions. From repatriation of currency to land acquisition and forest clearance, the process is very complex.

“It is the appropriate time for investors to invest in Nepal’s hydropower sector as development works in Nepal are being carried in line with the Sustainable Development Goals (SDGs),” said Finance Minister Yubaraj Khatiwada. “The government wholeheartedly welcomes investors in the hydropower and other sectors and assures that investors will be facilitated by all means,” 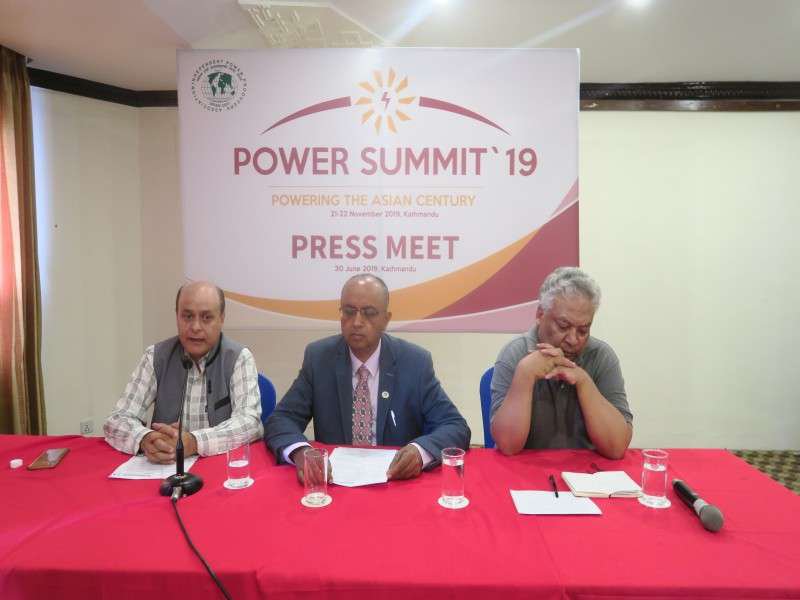 At a time when Nepal’s market is shrinking with small market for the surplus energy that the country will produce in the near future, finance minister Dr. Khatiwada assured investors that the government will make sure that the generated power will not have any problem regarding the market.

“Through different means, including raising the domestic consumption of energy by promoting electric vehicles and encouraging people to increase electricity consumption in household activities, the government is ensuring domestic market for produced electricity. Likewise, we have also been focusing on external market for surplus energy and the country will soon start exporting electricity,” said Dr. Khatiwada.

“As Nepal aims to produce 10,000 megawatts of electricity in the future, Nepal will have to search for regional market for power export.

A number of agreements were signed during the Power Summit.

As per IPPAN, Indian government-owned NHPC Ltd and Hydroelectricity and Investment Company Ltd of Nepal reached two different agreements on investing in the power sector. Similarly, Indian Energy Ltd and IPPAN also shared a memorandum of understanding to invest in the hydropower sector of Nepal. Along with this, various other agreements were inked between power producers of Nepal and those of India, Bangladesh and Bhutan, as per IPPAN.

Being organized by Independent Power Producers’ Association, Nepal (IPPAN), the two-day event took stock of the present situation and looked ahead to future possibilities of export and regional integration and connectivity of power, as per the organizers.

As per IPPAN, this year the summit focused on cross-border electricity trade, energy markets, regional electricity market regulation, financing, inclusive and sustainable development of power projects, governing and facilitating energy projects, attracting investments, and featured project showcase to highlight current activities in the sector within and outside the nation.

At a time when there are concerns about the market for surplus energy generated within the country, the Indian government has assured Nepal that it will buy huge quantum of electricity from Nepal in the near future.

“We plan to buy 5,000 to 10,000 megawatts of hydropower energy from Nepal by 2030 and are open to buying more electricity as per our requirement,” said Aniruddha Kumar, joint secretary at India’s Ministry of Power speaking at the seventh Power Summit. “Hydropower is a natural battery, so cross-border trade between Nepal and India is crucial to ensure a win-win situation for both sides.”

The government and independent power producers had expressed concerns about the surplus energy that would be generated within the country by the next fiscal.

“The Indian government’s commitment has filled Nepali investors with new optimism to increase investment in hydropower sector,” said Shailendra Guragain, president of IPPAN. “The government needs to speed up negotiations and ink necessary agreements with the Indian government so that Nepal can successfully export power to India and Bangladesh.”

”Indian government had expressed interest in buying Nepali hydropower in the near future. He recalled that in the recent Joint Steering Committee meeting held in India, the Indian government had said it was keen to import a large quantum of electricity generated in Nepal,” said Dinesh Kumar Ghimire, secretary at the Ministry of Energy, Water Resources and Irrigation.

“The government is ready to provide necessary support to ensure that Nepal’s vision of exporting energy to India and Bangladesh materializes,” said Ghimire, adding that there was no need to worry about the market for Nepal’s electricity.