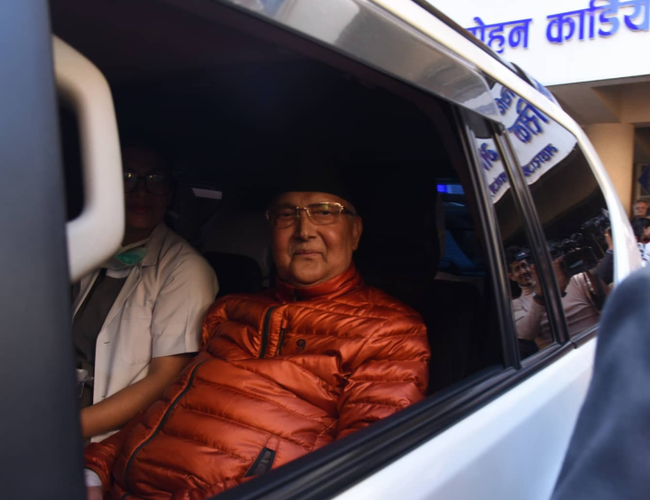 After staying ten days in the hospital with major surgery, Prime Minister KP Sharma Oli has been discharged from hospital today, in the afternoon. Prime Minister Oli said that he is leaving home following a full recovery. He said that his illness is completely recovered now.

“PM Oli has been discharged from the hospital, as his health has been improving steadily,” read the press release issued by Manmohan Cardiothoracic Vascular and Transplant Center of TU Teaching Hospital (TUTH).

The doctors have suggested PM Oli take rest for few days. Oli was admitted to the hospital last week for his appendicitis surgery.