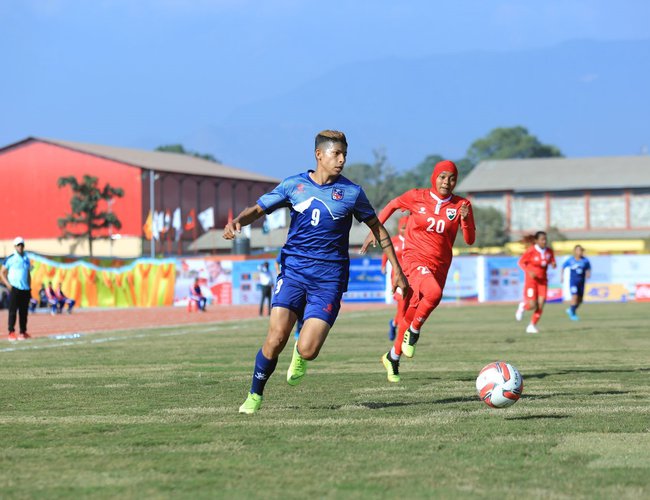 The Nepali women football team has entered the final in the ongoing 13th South Asian Games in Pokhara. Footballer Sabitra Bhandari's hat trick resulted in Nepal's victory over Maldives with a score of 3-0.

Bhandari scored two goals in the first half and one in the second. The first goal was scored in the 18th minute helped by a pass from Anita Basnet's pass.

She scored through a eader. Bhandari also utilized the chance to score the next four minutes after the first.

India has already entered final, collecting six points with victory over Sri Lanka and Maldives. Nepal will play India in the final league match and also in the final match.

Tiger Woods Seriously Injured In A Car Accident By Agencies 6 days, 16 hours ago