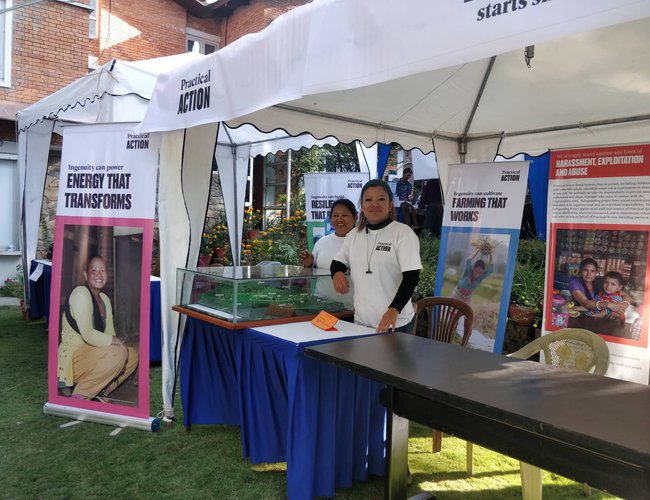 Although Nepal has made significant improvement to accelerate the access to energy to the people, large numbers of poor people living in the rural parts of Nepal are yet to have greater access to energy.

With about a decade away to reach 2030, over 63 percent rural populations are still using traditional biomass as a main source for cooking. Given the current scenario, there is the need to take drastic steps to provide alternative clean energy sources to those people.

Although there are diverse energy players in the country working to promote clean alternative energy, they have been working in a scattered manner. However, Practical Action Nepal brought these entire players together recently.

Overall 63 percent of Nepalese are still using traditional biomass cooking which in major contributor to indoor air pollution that is the leading cause behind respiratory illnesses related deaths of above 20,000 people annually. With just over 10 years to 2030, we are a long way from achieving the Sustainable Development Goal 7 (SDG7) of universal energy access.

Despite some progress, obstacles remain. Proving particularly difficult is reaching the ‘last mile’: those whom business-as-usual approaches will not be enough due to their income, remoteness or social discrimination. 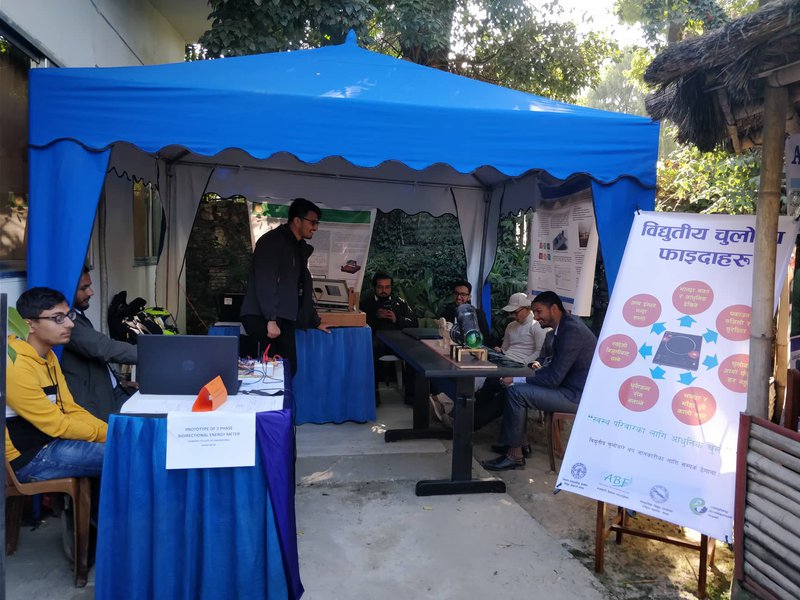 To help more people harness the transformational effects of clean affordable energy and to reduce avoidable deaths caused by smoke from indoor stoves and fires, Practical Action is working to boost the track to achieve universal energy access by 2030. As part of this is the energy fair organized on 11 November 2019 titled Energy that transforms – the road to 2030.

“In order to co-create an inclusive environment to achieve the target, we need research groups, academics, private sectors, enterprises, donors, technocrats, policy makers, solution-minded youths, creative thinkers and journalists to work together. And this fair is an attempt to boost the synergy,” said Practical Action's South Asian Regional Director Achyut Luitel. “To contribute in identifying best approaches to address the ground challenges, Practical Action brings out its global flagship report Poor Peoples' Energy Outlook (PPEO) every year which is based on extensive research around the world's energy situation.”

Luitel also shared about Practical Action's active engagement in not just taking energy for domestic use but for transformative use triggering local economy by enhancing productive and social use.

During the program, the Member of Electricity Regulatory Commission of Nepal Ram Prasad Dhital mentioned about the gap in financing in energy sector.

“The country requires 2.6 billion US dollar annually only for electricity access, only 1 billion has been invested. Investment from private sectors can play a huge role to bridge this gap,” said Dhital. He also laid stress on need for loan based financing to the grant based financing.

In the meantime Joint Secretary of Ministry of Energy, Water Resources and Irrigation Dilip Kumar Sadaula appreciated the fair and mentioned the need for strong collaboration among all the sectors to address the issue. 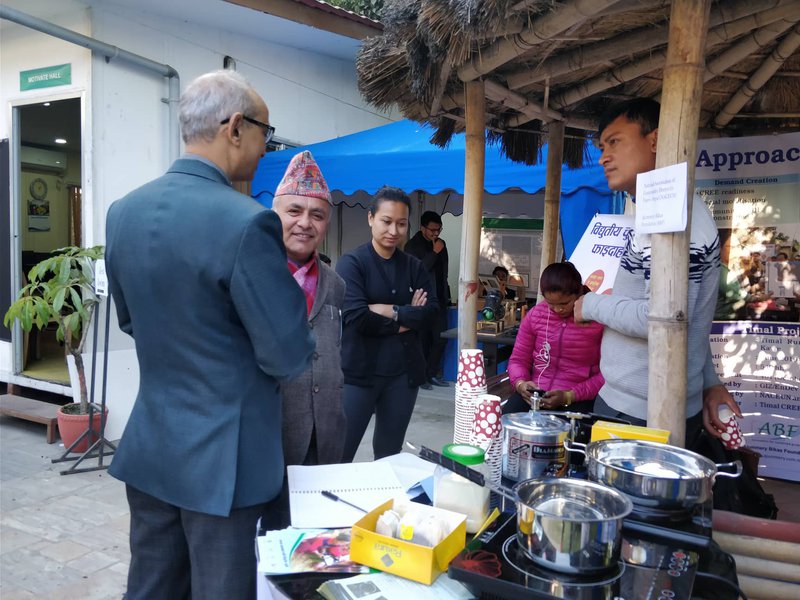 South Asia's Energy Program thematic lead Pooja Sharma shared about the findings and pathways of PPEO 2018 and 2019 which highlights on some eye-opening researches and solutions.

The PPEO series was launched in 2010 to shed light on energy access from perspectives of the people living in energy poverty. The series challenges energy sector's focus on energy resources, supply and large scale infrastructure projects; emphasizing instead that it is energy services which matter most to poor people, and that decentralized approaches are the best way to achieve universal energy access. The PPEO 2018 focuses on striking the right balance to achieve energy access that is both inclusive and at scale. PPEO 2019 focuses on the road to 2030, challenging convention to reach universal energy access.