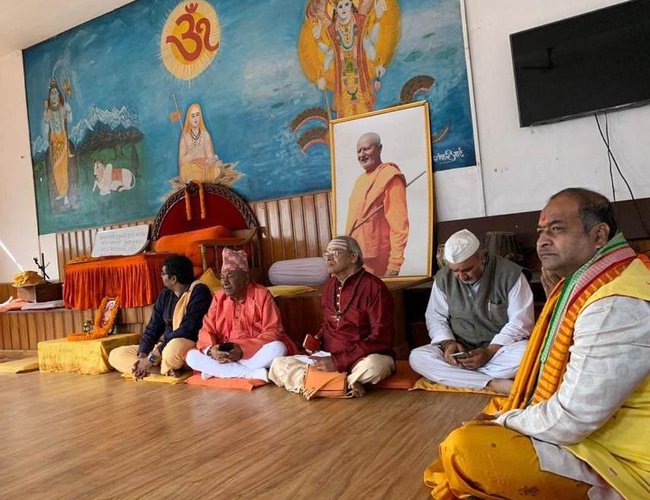 Kathmandu valley and Jaganath Ji of Puri has over five century old relations but there have never been any dispute over the lord. However, just a recent week, the news about installing Jagnathjee inside Pashupatinath has created a some controversy.

Although the dispute over whether to install deities of Jaganath of Puri Temple is over following a decision of organizer to postpone the insulation of a statue sri Jagnnath in the premises of the Pashupatinath Areas.

However, the abrupt decision divided Hindus on the basis of sect. It also indicated that how politically appointee at the helm of religious institution like Pashupati Area Development Trust can create the division in religion.

However, they faced stiff opposition from a section in Kathmandu. The people opposed the installation on the ground that the Nepal’s Law cannot permit to install any deities inside the temple. Former treasurer of Pashupati Development Trust Narrotam Vaidya was in forefront.

With the threat from various individual including religious organizations, the installation of deities in the premises of Pashuapti.

The center in the controversy was member of the Pashupati Development Trust Dr. Arjun Bastola who is reportedly close to President Bidya Bhandari. Although Dr. Bastola earlier claimed that the trust is installing the deities with consent from Sankaracharya of Puri.

Later Puri’s Sankracharya Math issued a statement saying that it did not give any consent to install deities.

An installation of the deity of d Lord of the universe Sri Jagannath in the premises of the Pashupatinath Temple, Kathmandu a great historical step initiated by Swami Dibyanandji.

According to them, an installation of the idol of the Jagannath and Chatruddha Murtti by the Indo- Nepal friendship movement under the leadership of Swami Dibyanandaji aimed to open an eye to the centuries old socio-cultural & spiritual rapport of d Indo-Nepal from mythological age to d modern era in many more ways.

According to organizer, from time immemorial, starting from the mythological period till today India & Nepal both are having strong socio-cultural & spiritual ties. They argued that Installation of deity would have re-established the socio-cultural n spiritual heritage of d Indo-Nepal & speaks of the reunion of both d Nations.

They argued that Nepal has saturated India in many more ways. All the Rivers of Nepal flows to India empowering India's greenery, scenery, plants, foods, fruits &flowers. All the four empowered women of Nepal Sita, Urmila, Mandavi, Shrutakriti enabled their husbands to establish Ramarajya, golden era of India.

They said that Nepal is not only women but also wisdom flows from Nepal. The birth place of d intellect, incarnation of wisdom ,the bodhisattva is Nepal. Buddha was born and brought of here in Nepal as a prince and prefers to live as an yogi in quest of the reality of life.

The organizer said that the Lord Jagannath not only lexically the Lord of universe but also having his presence in d 140 countries out of which 124 countries use to celebrate d car-festival along with Jagannath Puri to prove him as the Lord of the mass, Lord of the universe.

Lord Jagnath, a lord of world, is not new in Kathmandu. There are numbers of temples dedicated to him. Jagnath Temple is one of the oldest temples inside the Kathmandu Hanuman Dhoka Durbar Square.

The oldest temples in the square are those built by Mahendra Malla (1560–1574). They are the temples of Jagannath, Kotilingeswara Mahadev, Mahendreswara, and the Taleju Temple. This three-roofed Taleju Temple was established in 1564, in a typical Newari architectural style and is elevated on platforms that form a pyramid-like structure.

Although the dispute and controversy is over, the recent dispute, whether to permit installment of Jagnath deities inside Pashuati premises or not , has cracked the faith. At a time when Hindu religion is passing through all round assault, the division within Hindu will harm further.

Individuals have their own argument and counter argument, nothing can change closest relations between Pashupatinath and Jaggnath and their devotees.

Swasthanibrathakatha To Conclude Today By Agencies 1 day, 7 hours ago