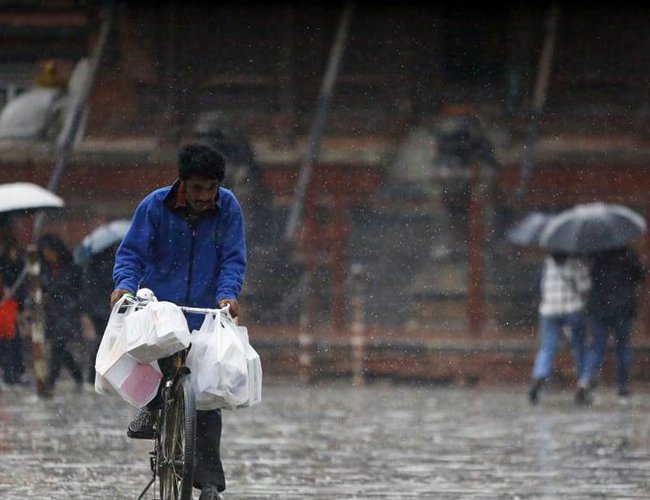 The one reason behind these rains is the active Western Disturbance which has recently approached Jammu and Kashmir. It has formed an induced Cyclonic Circulation over Rajasthan.

Under the influence of these two strong systems, heavy rains are being witnessed in these areas.

The Trough behind these rains is still extending towards Bihar from the Northern Plains. From Today, the rain activities will start subsiding over the region. However, the remnants of the Trough will continue to give light rains over the region today as well.

Nepal was running dry for last many days. Following this spell, no significant activity is being forecast for the state as of now.

A north-south trough is extending from Bihar to North Karnataka. A Cyclonic Circulation can be seen over East Bangladesh and adjoining parts. There are light rain and snow are possible over eastern Nepal.