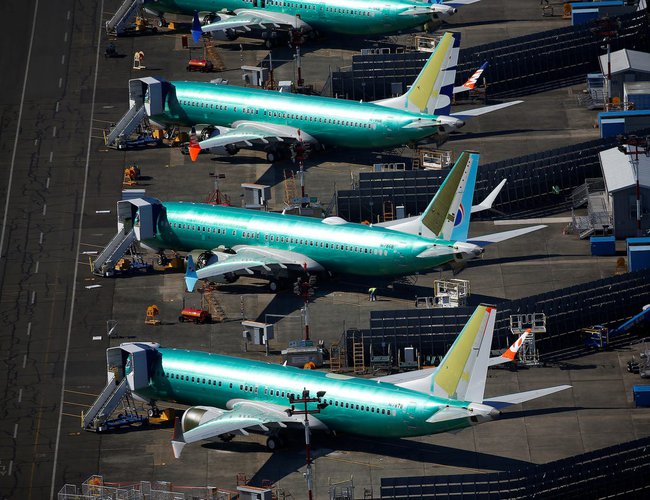 Boeing will temporarily halt production of its troubled 737 Max airliner in January, the manufacturer said.

Production of the jet had continued despite the model being grounded for nine months after two deadly crashes.

More than 300 people died when two 737 Max aircraft crashed in Indonesia and Ethiopia after reported problems with a new feature.

Boeing had been hoping to have the aircraft back in the air by the end of this year.

But US regulators made it clear that the planes would not be certified to return to the skies that quickly.

Boeing, based in Seattle, Washington is one of the US's largest exporters. The company said in a statement that it would not lay off workers associated with the 737 Max, but the stoppage is likely to affect suppliers and the wider economy. 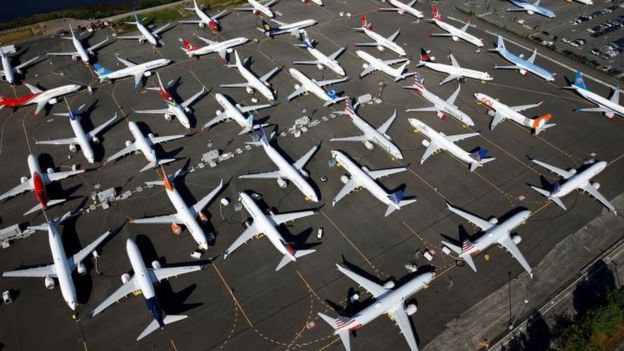 "Safely returning the 737 Max to service is our top priority," the aircraft manufacturer said. "We know that the process of approving the 737 Max's return to service, and of determining appropriate training requirements, must be extraordinarily thorough and robust, to ensure that our regulators, customers, and the flying public have confidence in the 737 Max updates."

Last week a congressional hearing was told that US aviation regulators were aware following the first crash in Indonesia in October 2018 that there was a risk of further accidents.

The Federal Aviation Authority's analysis suggested there could be more than a dozen more crashes over the lifetime of the aircraft unless changes were made to its design.

Despite that, the 737 Max was not grounded until after the second crash in Ethiopia in March 2019.

Boeing is redesigning the automated control system thought to have been the primary cause of the crashes.

Travel industry analyst Henry Harteveldt said the decision to suspend production was unprecedented and likely to have a "massive impact on Boeing, its suppliers, and the airlines".

"It's really going to create some chaos for the airlines that are involved in this as well as the six-hundred or so companies that are part of the 737-Max supply chain and Boeing itself."

The suspension of the 737 Max has already cost Boeing around $9bn (£6.75bn; €8.07bn). Boeing shares fell more than 4% on Monday amid speculation the airline would announce a production suspension.

The manufacturer said it had 400 of the 737 Max aircraft in storage and would focus on delivering those to customers. While many airlines around the world have the planes on order, delivery was halted to allow Boeing's engineers to develop software fixes.