BIMSTEC A Strategic Mechanism To Nepal And the Region 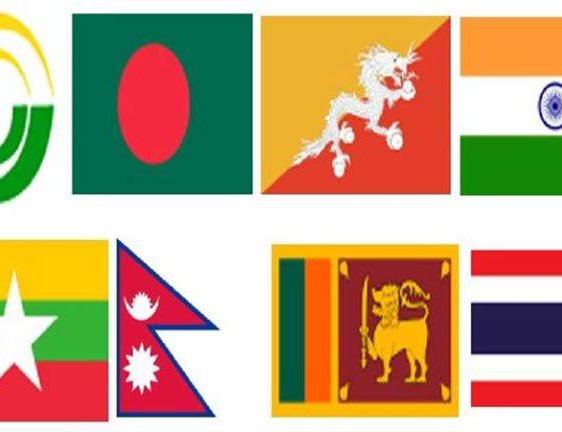 India’s initiative and enthusiasm in bringing the South and Southeast Asian nation together is of vast apprehension in international diplomacy. The strategic importance of the Bay of Bengal Initiative for Multi-Sectoral Technical and Economic Co-operation (BIMSTEC) has turned out to be more relevant in the absence of the South Asia Association for Regional Co-operation (SAARC) effective functioning, though BIMSTEC is complimentary. While BIMSTEC is a connector to East Asia, SAARC is an entryway to Central Asia. Here too connecting to East Asia and specifically with the Association of Southeast Asian Nations (ASEAN) nations appear realistic. Nepal, as a member of both SAARC and BIMSTEC can play an imperative role and contribute strategically to the “Act East Policy as well as the “Act West Policy”. For Nepal’s proactive engagement in this, its interests ought to be secured. Nepal and Bhutan, though landlocked will play a significant role in not only securing consensus of connectivity to East and West of South Asia but also in connecting Central and Northern Asia and part of the Blue economy. Therefore the Nation States of BIMSTEC with equability is a model of geographic cooperation, in multilateral-ism and globalization to the rest of the world. Mountains and Oceans are complementary and need each other in all aspects from the environment to the political economy so the theme should be “BIMSTEC is for ALL”.

Geopolitical realities of the Indo-Pacific region with US Indo-Pacific Strategy and China economy policies the Belt and Road Initiative necessities extensive judgment and common anxiety for strategic benefits. Five SAARC nations excluding an island nation the Maldives that lie on the Indian Ocean and two nations in South West Asia Afghanistan and Pakistan are not members and two of the ten members of ASEAN are part of BIMSTEC. South Asia is connecting with East Asian nations is of great magnitude for the political economy and security stability of the region. South Asia will remain a strategic corridor for the Indo-Pacific region for justifying the blitz of globalization and make the most of regional assets, resources, and geographical advantage.

The BIMSTEC region is a gateway to both the East and South Asia both by land and sea. South Asia is a bridge to China to the Indian Ocean, while a land corridor for East Asian nations from the South China Sea to the Indian Ocean. The Bay of Bengal not only provides access but equally plays vital for the livelihood and the environment that is so fast deteriorating. The islands are underwater and the glaciers melting.

Fourth BIMSTEC summit occurred in Kathmandu in Aug 2018, while there is an argument that India has lost its influence and goodwill with the immediate neighborhood and the growing of China’s influence. The summit has prioritized the strategic importance and revived the spirit and signaled the importance and the potential to cultivate collectively with an 18 point declaration focusing more to strengthen the capacity by preparing the preliminary draft of the Charter, long term vision, priorities for co-operation, establishing BIMSTEC Permanent Working Committee (BPWC) and a Secretariat with finance and human resources. Memorandum Of Understanding on grid interconnection for optimizing of using energy resources in the region and promoting the efficient and secure operation of power system supplementing energy security. The 14+2 priorities were categorized into five and are at hand for arrangement. India’s proposed for a seven-nation BIMSTEC military exercise to strengthen the relationship and address common challenges and threats to a newer height.

Securing Nepal interests is one, dedicated line of supply from the Bay of Bengal, two, co-ordinated development efforts with India with roadways, waterways, railways, and airways with the well-connected endeavor. The challenge while executing coordinated development efforts is security. Security has been and will remain a challenge. Following the principles of the existing foreign policy or bringing about a review in the foreign policies with India is to be looked into with the question “How do we envisage Nepal in the coming century”? What is that Nepal exactly desires to be addressed?

Being a component of the “Act East and Act West Activities” for utilizing resources and trading energy would be advantageous as long as the trade deficit closes. Adjusting of Bhutan-Bangladesh-India-Nepal Motor Vehicle Agreement (BBIN MVA) and South Asia Sub-regional Economic Cooperation (SASEC) with policies and priorities of BIMSTEC for all is strategic connectivity for regional stability and prosperity.

Thailand and Myanmar have inaugurated a new friendship bridge, the latest ling in an East-West Economic Corridor connecting the South China Sea to the Indian Ocean, which could help alleviate some of the region’s economic dependence on China.

With these Parameters the distinction to political and economic attainment the unity on security-related co-operation to fight common threats and dangers, international terrorism, illicit drug, and human trafficking and mutual legal assistance in criminal matters. The requirement of a core geopolitical mechanism to build sober and reliable intelligence-based assessments and forecasts on other key trends of threats to help BIMSTEC nations make informed decisions, identify opportunities and anticipate risks.

Security Diplomacy should initiate political engagements with the Defense Minister meetings. Measures have been taken for connecting the Home Ministers and Chiefs of the Law Enforcement Forces and Para Military Forces but not the Chiefs of Defense Forces and the Chiefs of intelligence agencies. The Defense, Home, and the Intelligence community must have clear recorded mandates and approaches to contain the common challenges with the operational mechanisms. The ongoing question of border encroachment could find answers from such arts.

Military to Military diplomacy is an approach not just through a traditional scheme of military education and capability enhancement but through Defense Forces Chief’s conferences. The meeting could be an operational complement to the Nepal-India Security committees. Though last-minute political decision restricted the Nepalese Army to be part of the joint military exercise, it can be argued that Chief of the Nepalese Army could have been part of the Chief’s Conference in the latter part of the military to military diplomacy efforts during the BIMSTEC military Joint exercise in Pune in 2018. It is an exchange of notes and experiences from defense forces to grow together learn from each other and are well coordinated when addressing common threats and challenges.

The BIMSTEC should own an operational component and mechanism for Information sharing. But fundamental is the dissemination of the information and sharing of the outcome. Assemble Tactical mechanism (Means and Ways) for Strategic Ends.

Identify Common BIMSTEC strategies, charters, requirements, measures and Laws that govern member states for confronting challenges like Environment Security and Counter-Terrorism from Mountains to the Ocean.

The grouping if agreed to several measures including a protocol for coastal shipping agreements, dedicated supply line would give sea access to the two landlocked countries Nepal, and Bhutan for the security of supply with ports and dedicated track to the foothills.

Networking of Think Tanks with like-minded for providing data evidence and analysis, mobilize expertise, introducing unforeseen challenges and transparent funding for Think Tanks, but what is more important is how and who Think Tanks influence.

The 5th BIMSTEC summit to be held in Colombo will be an opportunity for nation-states of BIMSTEC to get better co-ordinate, more efficient access & appropriate delivery mechanism from and to the Indian Ocean. Trading surplus resources clean energy, fresh water, and natural gas, the best environment from and to within the region with appropriate trade, transit, and the environmental agreement would have endorsed optimistic possibilities with “BIMSTEC for All”.