Former King Gyanendra In Jhapa For A Month-Long Visit

Former King Gyanendra In Jhapa For A Month-Long Visit 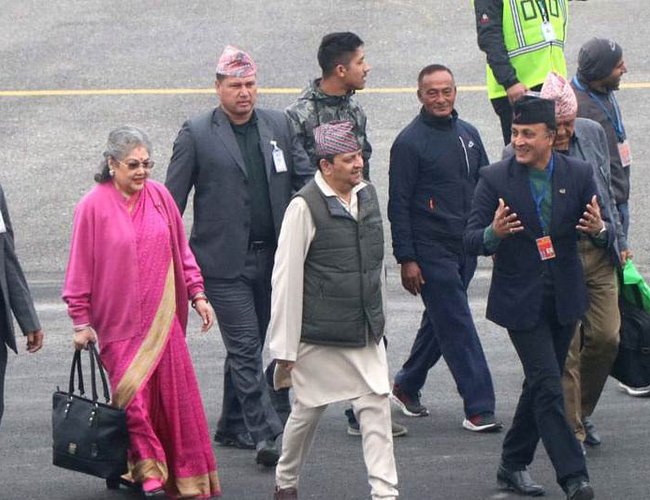 Former King Gyanendra arrived in Jhapa for a month-long stay. He arrived Jhapa in a passenger plane of Shree Airlines. After his arrival, chief of Bhadrapur Airport Purn Chundal briefed the expansion work going on at the airport. Hundreds of his supporters gathered at the airport welcome him chanting the slogan in favor of the restoration of the monarchy.

Although he will be staying a month there in Tea Garden in Damak, his detailed program is yet to announce. After the brief, former King Gyanendra Shah said we are proud of you! Chudal also informed about the expansion plan of the airport.

According to former King Gyanendra’s aid Phani Raj Pathak, the detailed program is yet to announce.

Nepal Is Committed To End All Kinds Of Discrimination: Foreign Minister Gyawali By Agencies 2 hours, 3 minutes ago