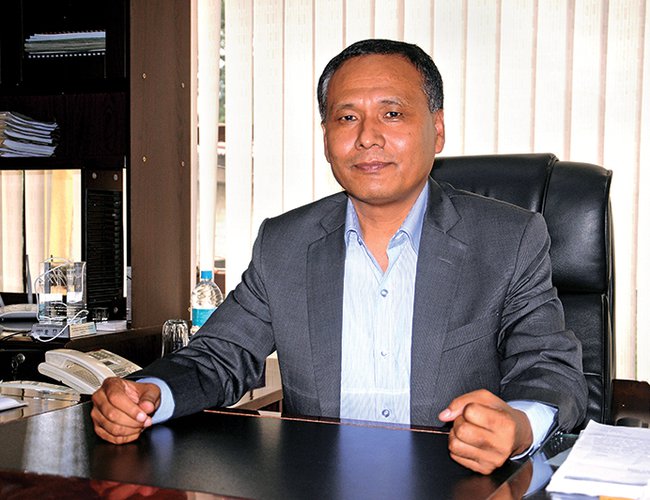 As other government undertakings are facing problems to achieve their annual target, NEA has achieved over 100 percent progress in the last four months of development activities under the leadership of Ghising.

With the near completion of 400/200-kVA high-voltage Dhalkebar substation, NEA has made a major breakthrough in the current fiscal year. The completion of the project will help export Nepal’s surplus energy during the rainy season and import up to 400 electricity during the dry season.

The project is scheduled to start operations from January. This is one of the major successes of the four months of this fiscal year and is historic for Nepal Electricity Authority.

Under NEA’s production, transmission and distribution projects, fiscal progress is 101.52 and physical progress is 86 percent over the last four months. NEA has set expenditure target of Rs. 13.11 billion but NEA has already spent Rs.13.31 billion.

According to MD Kul Man Ghising, the fiscal progress has made such a success due to the advance payment for contract project and release of overdue amount of last year’s project.

Ghising said that all the problems related to forest clearance and acquisition of land have been solved thanks to the support of all concerned authorities. He said that the progress will be much higher in the remaining period.

During the period ill-managed and delayed projects like 60 MW Upper Trisuli 3 A, 14 MW Kulekhani III have been completed adding 74 MW in central grid. Similarly, 132 kV Kabeli corridor has also come into operation.

During the progress period, NEA reimbursed Rs.3.33 billion out of Rs. 4.42 billion. This is 75.46 percent and 76.63 percent progress. There was a 73.5 percent physical progress in generation with completion of 6 projects of private sector generating 147.5 MW.

In project study, progress in expenditure was 49.43 and 55.92 in physical progress. NEA is doing detailed project study of capacity of 1061 MW. The project includes Upper Arun, Dhudhkosi, Upper Modi A, Tamakoshi V.

Constructed under its subsidiary company, the progress of 456 MW national priority project and 140 MW Tanahu Hydropower Project is quite satisfactory. The progress of upper Tamakosi in expenditure was 71.25 and 99.30 percent physical progress. Tanahu has achieved 65.10 percent progress in expenditure and 19.20 in physical. 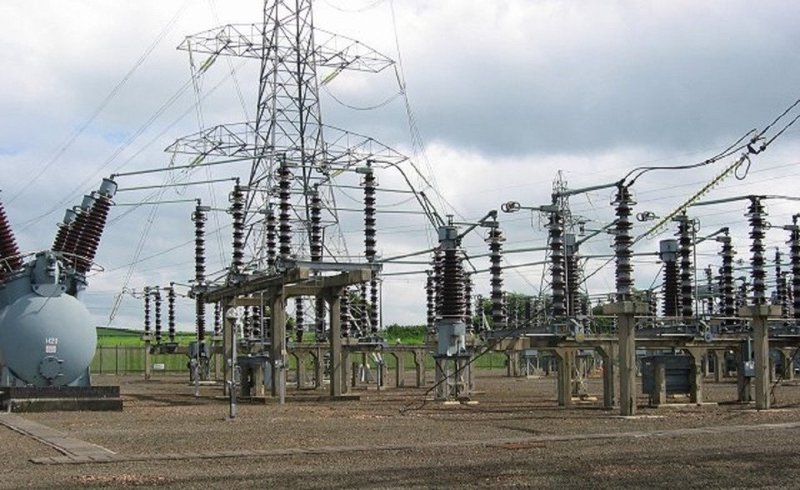 NEA is also constructing 400/220 kVA substations each in Hetauda of Makawanpur and Duhabi of Sunsari, with the aim to strengthen domestic demand and ensure uninterrupted power supply to major industrial areas in Tarai region.

The government is spending Rs two billion for the construction of the Dhalkebar substation. Indian construction firm ABB Substations Contracting India Pvt Ltd is building the project and NEA Engineering is providing counsel for the project.

Once the substation comes into operation in January, it will be able to transmit cross-border electricity as well as strengthen the domestic distribution system. The gas insulated substation (GIS) is the only substation that is being built with the sole investment of the government. GIS is a high voltage substation in which the major structures are contained in a sealed environment with sulphur hexafluoride gas as the insulating medium.

According to Kul Man Ghising, managing director of Nepal Electricity Authority (NEA), after the completion of the substation, it will be able to export and import up to 1,000 megawatts of electricity to and from India.

“With the 456MW Upper Tamakoshi hydropower project scheduled to be completed by ongoing fiscal year, Nepal will have surplus electricity from next fiscal and the Dhalkebar substation will help in the trade of electricity with India and also open the way for energy banking with the southern neighbor,” Ghising further said.

NEA is installing transformers with a total capacity of 945kVA at the substation. It plans to distribute electricity in the domestic market and export surplus energy through 400 kVA Dhalkebar-Muzzaffapur cross-border transmission line.

As per Ghising, the required equipment for the substation has already been delivered to the site and its construction is nearly complete.

The last four months’ review has shown that NEA is on right track, making progress in all subsectors. Although some project have made a very slow progress, MD Ghising has made it clear that there will be success in all fronts.

UPPER TAMAKOSHI: Ready For Generation By A Correspondent 6 hours, 6 minutes ago

UPPER TRISHULI 3 B Back At Work By A Correspondent 2 days, 5 hours ago