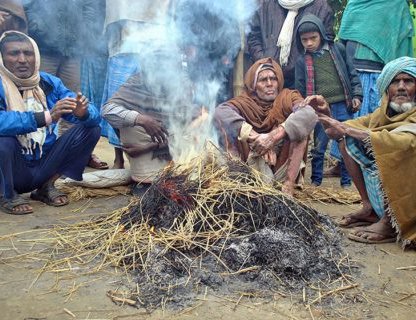 Northwesterly cool winds are prevailing over almost entire terai. Some districts have also observed Cold Wave conditions. Chilly effect can be observed in almost all the areas even during the day.

As a result, a drop in minimum temperatures has been observed over most parts of both the regions. During the past two days, the minimums have fallen by 4 to 6 degrees over many districts. A further drop by another two to three degrees is possible over western region.

Northwesterly winds are likely to continue during the next two to three days. Dense fog is also possible at some pockets.

Light Rain Is Likely To Occur AT A Few Of Province 1,2,Bagmati And Gandaki Province By NEW SPOTLIGHT ONLINE 2 days, 14 hours ago