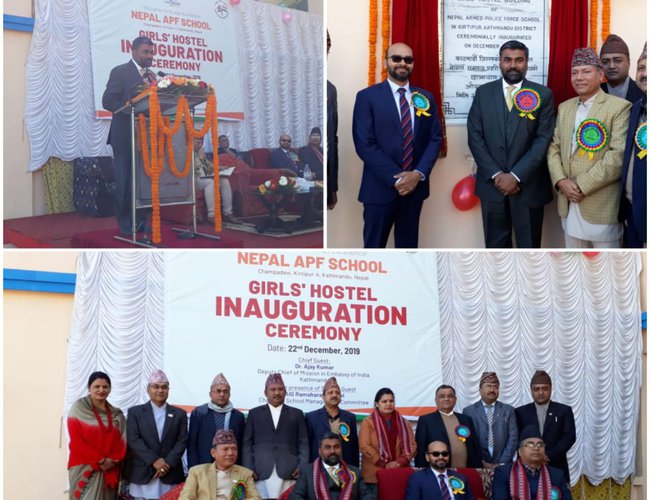 Deputy Chief of Mission of Embassy of India Dr. Ajay Kumar has inaugurated the girl's Hostel Building for Nepal Armed Police Force School in Kirtipur in Kathmandu District amid a function.

Constructed with the Government of India’s grant assistance of NRs. 40.42 million, the new infrastructure is a two-storied girls hostel building comprising 32 rooms including dormitory and one room for warden, bathroom, sanitation facilities for girls on each floor and furniture.

The newly built infrastructure is expected to boost the learning environment of students. The government of India is happy to be associated with the project which complements the effort of the Government of Nepal in augmenting infrastructure in the field of education.

Nepal Is Committed To End All Kinds Of Discrimination: Foreign Minister Gyawali By Agencies 5 days, 1 hour ago