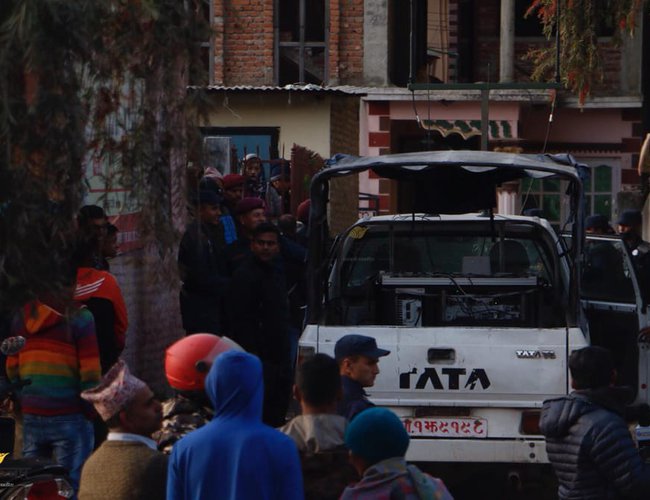 A joint operation of Nepal Police’s Central Investigation Bureau, Municipal Criminal Investigation Division and Kathmandu Area police jointly searched and raided the houses in different parts of Kathmandu like Basbari, Manmaiju, and Budhanilkantha. According to Deshsanchar, the targets of the operations are Chinese citizens.

A special squad of Nepal Police arrested 97 Chinese citizens reportedly leaving in different parts of Kathmandu Valley. Although Nepal police are yet to reveal the reasons behind haunting Chinese citizens only, it is reported that they are likely to be arrested in their possible connections with recent ATM hacking.

Deshsanchar reports that Nepal Police started search operations late evening on Monday. It is reported that Chinese nationals will be presented before the court tomorrow seeking permission for detention for further investigation.

Police have claimed that they are arrested after long investigations and inquiry about their activities.

Nepal Airlines To Send Its A330 Aircraft To China To Bring Medical Equipment By Agencies 1 day, 7 hours ago

Chinese Anti-epidemic Supplies To Be Sent To Nepal: Spokesperson By Xinhua 1 day, 20 hours ago