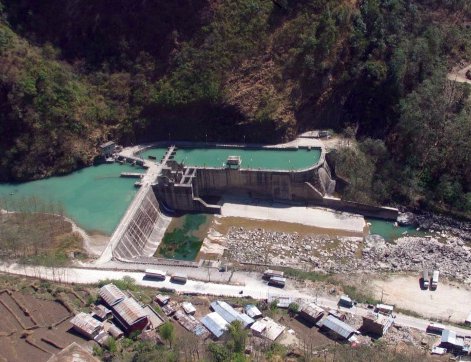 Reconstruction of the project, which had remained closed for five years due to the 2015 April earthquake and subsequent incidences of flood and landslide, was completed recently.

According to national news agency RSS, the project developed and operated by the private sector is currently in the position of not operating to its full capacity due to low water flow in the river. The current production on average is 22-25 megawatt each day.

Its power house is based in Jhirpu of Phulpingkatti of Bhotekoshi rural municipality. The Chinese Company Sinohydro Bureau 11 had been awarded the project contract in 2074 BS at the cost of Rs seven billion.

LOOMING LOADSHEDDING NEA SAYS NO By A Correspondent 3 months ago

417 MW Nalgad Storage Project Will Be A Back Bone Of Karnali Province: Minister Pun By NEW SPOTLIGHT ONLINE 4 months, 3 weeks ago