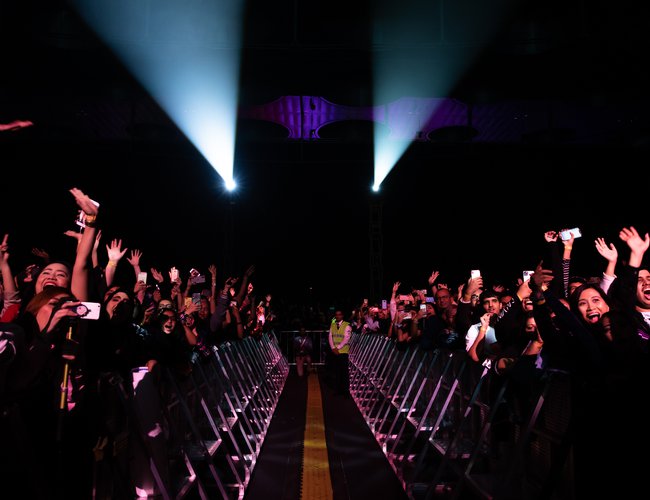 The artists celebrated their first appearances in the State of Qatar as part of the Qatar Live series of special music concerts and festivals organised by Qatar Airways and Qatar National Tourism Council (QNTC), supported by Ooredoo as Platinum Sponsor.

To see so many people coming together to attend Qatar Live alongside the FIFA Club World Cup Qatar 2019™ has firmly placed Qatar centre-stage in terms of entertainment and sport.” Earlier this month, Cheb Khaled and Hatim Ammor performed to hundreds of fans at DECC on 13 December and, in addition to the Qatar Live concerts, Qatar Airways and QNTC brought the Daydream Festival to Qatar for the first time on 12 December and 20 December. The world-renowned festival, hosted at the Ritz-Carlton, Doha, takes place each year at different locations around the world, bringing together the best DJs in dance and electronic music.

Dimitri Vegas & Like Mike, Robin Schulz, Sam Feldt, Matt Sochon and Wankelmut are among the world-class DJ names who performed on 12 December. Afrojack, Lost Frequencies, Mark Knight, Steff Da Campo and Matt Sochon performed on 20 December. A multiple award-winning airline, Qatar Airways was named ‘World’s Best Airline’ by the 2019 World Airline Awards, managed by Skytrax. It was also named ‘Best Airline in the Middle East’, ‘World’s Best Business Class’, and ‘Best Business Class Seat’, in recognition of its ground-breaking Business Class experience, Qsuite. It is the only airline to have been awarded the coveted ‘Skytrax Airline of the Year’ title, which is recognised as the pinnacle of excellence in the airline industry, five times.