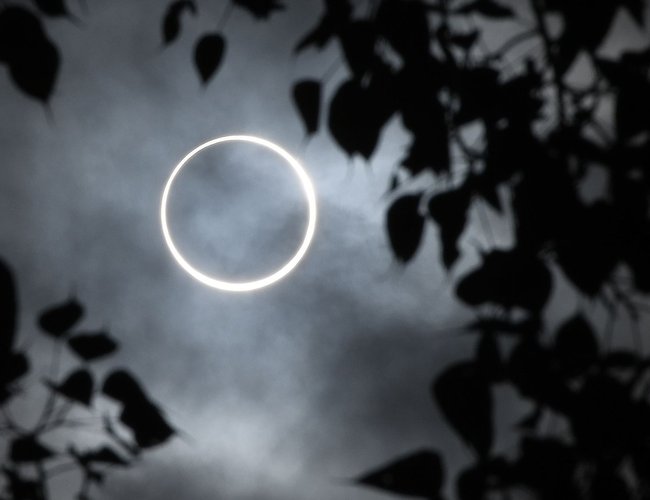 Several parts of the country witnessed the last solar eclipse of the decade on Thursday. The phenomenon was treat for the sky gazers in Kerala where a perfect Ring of Fire could be witnessed as the moon covered up the Sun in the centre.

Several parts of the country, including Odisha, Kerala, Gujarat, Tamil Nadu, Karnataka, Maharashtra, Bihar and Delhi, witnessed a solar eclipse on Thursday morning, which is said to the last one of the decade.

The solar eclipse, which occurs when the Moon passes between the Earth and the Sun, began at around 8 am and continued till 10:57 am today.

The solar eclipse also holds religious importance and special prayers are offered on the day.

The portals of Birla Mandir in the national capital were closed 12 hours before the eclipse after an 'aarti' was performed on Wednesday evening. The temple doors will open at 12 pm today, after which devotees can offer prayers.

Meanwhile, hundreds of devotees also reached the Ganga Ghat in Uttar Pradesh's Varanasi for a holy dip in the river and offer special prayers during the occasion.

There are three types of solar eclipse - partial, annular and total.

Photo Credit: The moon totally covers the sun in a rare ‘ring of fire’ solar eclipse as seen from the south Indian city of Dindigul in Tamil Nadu Photograph: Arun Sankar/AFP