Delhi Set To See Coldest December In A Century

Delhi Set To See Coldest December In A Century 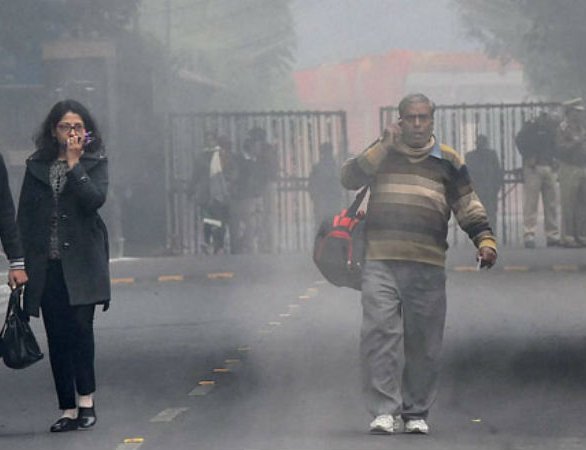 Delhi weather has been chilly enough to cause residents to want to stay in at all times. In fact, the minimum temperatures over both the observatories were recorded at 4.2 degrees Celsius, which happens to be the lowest of the season.

This season, the lowest maximum temperature recorded in Delhi this December has been 12.2 degrees, recorded on December 18, 2019, at the Safdarjung observatory and was 11.4 degrees on December 25, 2019, at Palam.

As per weathermen at Skymet, cold day conditions will prevail till December 29. Thereafter, due to the change in wind direction from northwesterly to easterly, reduction in the cold day is expected.

In fact, severe cold day conditions have been continuing over the city since December 14. As per weathermen at Skymet Weather, these temperatures are expected to remain the same in the coming two to three days wherein icy cold winds will continue to blow over the region. Thus, cold wave as well as cold day conditions will continue over Delhi and NCR until December 31.

Thereafter, a Western Disturbance will approach the Western Himalayan region which will reduce the chilly weather conditions. Significant increase in wind speed is expected over Delhi NCR from evening of 31 December under the influence of approaching Western Disturbance and easterly winds in lower level.

Now, light rain is expected over Delhi NCR during night of 31 December until January 2, 2020. In fact, the possibility of hailstorm also cannot be ruled out.

Weather Analysis And Forecast For April 10 Across Nepal By NEW SPOTLIGHT ONLINE 1 day, 15 hours ago

Weather Analysis And Forecast For May 9 Across Nepal By NEW SPOTLIGHT ONLINE 2 days, 15 hours ago

Weather Forecast And Analysis For May 7 Across Nepal By NEW SPOTLIGHT ONLINE 4 days, 14 hours ago

Weather Forecast For May 6: Generally Cloudy By NEW SPOTLIGHT ONLINE 5 days, 15 hours ago

Weather Forecast And Analysis For May 5 By NEW SPOTLIGHT ONLINE 6 days, 15 hours ago