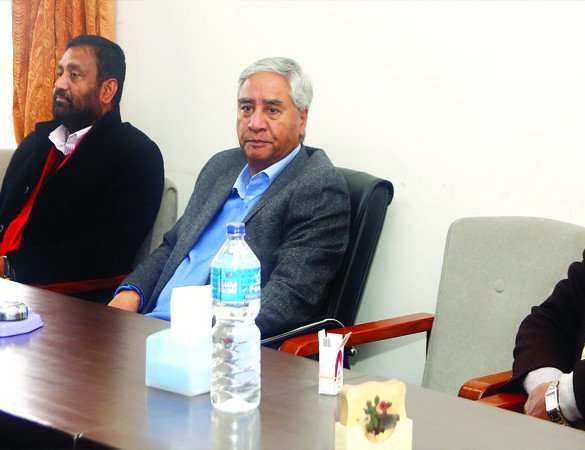 The Central Working Committee meeting of main opposition Nepali Congress decided to hold the 14th general convention of the party on 19-22 February, 2021 in Kathmandu.

According to a press statement issued by party chief secretary Krishna Prasad Paudel, the meeting also extended the term of the party. The meeting was chaired by president Sher Bahadur Deuba. However, leaders of the rival factions led by NC senior leader Ram Chandra Paudel and Krishna Prasad Sitaula boycotted the meeting.

The meeting also decided to extend the tenure of party's all level committees by one year and the decision will be informed to the Election Commission.

The meeting also decided to form 41 departments breaching the party statute's provision for 28 departments. The statement said the decision would be endorsed from the party's upcoming Mahasamiti meeting and general convention.

The meeting also extended the tenure of the Nepal Tarun Dal by six months and shouldered the authority to party president Sher Bahadur Deuba for its fulfillment after necessary consultation.

The meeting expressed pity over not continuing the NC-led government's policy on secure borders and for not making diplomatic initiation to protect Nepali territory by the incumbent government.

The NC also demanded withdrawal of the bills from the parliament that contradicted the citizen's right to secrecy and were anti-constitutional. It also warned of launching a street protest if the bills were not withdrawn.

The United States In Partnership With ADB Completes Two Secondary Schools In Kathmandu By NEW SPOTLIGHT ONLINE 16 hours, 54 minutes ago