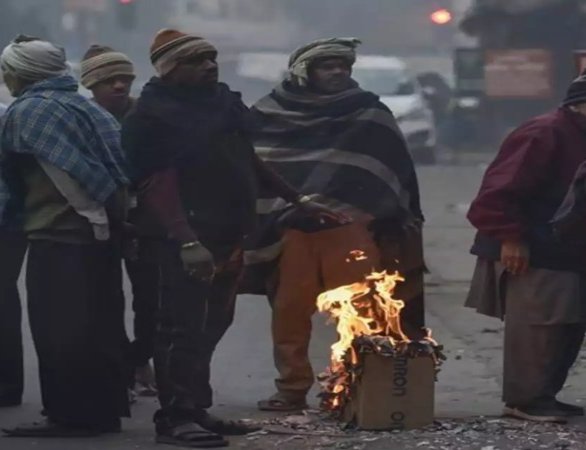 It is turning out to be an excruciating winter for the people of the national capital Delhi. With an early start to the cold conditions and a frequent drop in the temperatures, the people of Delhi have seen it all in the month of December itself.

A thick cover of fog, clouding, cold northwesterly winds and lack of sunshine forced the day temperature in Delhi to create a new record.

The temperature will improve tomorrow but the difference will be marginal. This situation (Cold day) is going to prevail in the city for a few days more as a fresh Western Disturbance has started affecting the hills of North India, which will gradually affect the Northwest plains and not let the day temperature rise. Though, nights will become a little comfortable with an increase in the temperature.

There is also a forecast for rain in the national capital from December 31. This spell of rain is going to last for 2-3 days in Delhi and its adjoining areas like Noida, Ghaziabad, Gurugram and Faridabad.

Weather Forecasting For January 27: Fair In The Rest Of Country By NEW SPOTLIGHT ONLINE 11 hours, 49 minutes ago

Partly Cloudy In The Hilly Regions Of Province 1 And Gandaki Province By NEW SPOTLIGHT ONLINE 1 day, 11 hours ago