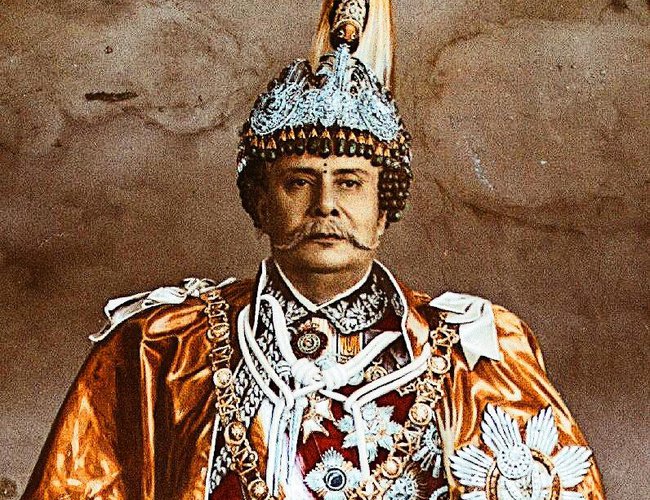 The promulgation of the Government of Nepal Act 1948 was a seismic change, for which the majority of the Ranas were not prepared. Padma Shamsher was tactical in promulgating the Act to alleviate some of the pressure for constitutional reform, although he was aware that those around him opposed it and may create future problems.

No sooner had he promulgated the Constitution, as expected, Padma Shamsher became insecure, as the Ranas were known for family feuds and power struggles. As such, Padma planned his decision to immediately resign, began concluding his important home affairs and left Kathmandu for Ranchi on 21 February 1948. In doing so, however, Padma left his entire constitutional project in limbo. Although medical reasons were cited for his visit to India, many of his well-wishers were aware of the intentions behind this move.

It is not clear why Padma Shamsher chose to move to Ranchi of all places. According to Adrian Sever, he purchased 16 hectares of land there at a nominal price with the support of the Indian government. He wanted to build houses for himself and several members of his family.Vijaya Shamsher, the son of Commander-in-Chief Mohan Shamsher, accompanied Padma when he left the country with this new mission. As the next hereditary prime minister in line, Mohan sent his son in order to watch over Padma Shamsher's movements in India and secure his resignation letter to the King of Nepal. No sooner had Padma left, Mohan moved to the Singha Durbar, the official residence of the Prime Minister of Nepal. However, Padma delayed his resignation, contrary to the expectation of Mohan and other members of the Chandra Shamsher’s family. They were especially bothered by this delay, as they were desperately waiting for their fortune to arrive.

As several weeks passed without the arrival of Padma Shamsher's resignation letter, Mohan Shamsher began fearing that Nepalese forces in India were pressuring Padma to reverse his plan. In reality, Sever notes, it appeared that the real reason behind the delay was because Padma Shamsher continued negotiating with the British revenue officials in his capacity as the reigning prime minister regarding his investments in the country. Finally, Padma tendered his resignation, effective from 30 April 1948 onwards. The resignation was then forwarded to the King of Nepal. Mohan Shamsher, the eldest son of Chandra Shamsher, was finally successful in becoming the reigning prime minister of Nepal. In this way, the process of constitutional reform through a liberal prime minister thus came to an end.

It is easy to analyze Padma Shumsher’s role in constitution-making in Nepal. Adrian Sever describes that this role was “caught on the horns of a dilemma.”It appears that Padma Shamsher genuinely believed in the necessity of introducing political reforms in the country and associating the people with the processes of government. However, he was not able to manage his situation in a way that allowed him to fulfill this purpose. Padma Shamsher was unable to compromise the future interests of the Ranas and their continued exploitation of the country as a family enterprise. He was not even able to negotiate a workable compromise between these two positions. Apparently, he lacked statesmanship and leadership qualities to get it done.

In the opinion of Shambh Bhakta Pant, a cursory glance at the Government of Nepal Act indicates that the will to preserve the status quo in the government was the motivating factor behind the act of promulgating the Constitution. Some favorable arguments about the 1948 Constitution are that it regularized the system of government for the first time in the history of Nepal and laid down a kind of a constitutional system of check and balance, however weak it may be, of the whimsical decisions of the ruling individual. Certainly, the Rana Constitution had, for the first time, accepted in principle some kind of representative rule and provided some fundamental rights, including the introduction of freedom of speech and immunity against arrest, even for members of the legislature while it was in session. Keeping in view the prevailing conditions and the system of government, admittedly, the Constitution was significant in its contribution to the evolution of the constitutional history of modern Nepal.

The Government of Nepal Act 1948 was promulgated on January 26, 1948. But this Constitution could not operate fully within a year, as had been promised, notes Pant, because of Mohan Shamsher's antagonism; after becoming the Prime Minister and the Supreme Commander-in-Chief, he suspended most of the Articles of the Constitution, especially those relating to fundamental rights, as they were objectionable in his point of view. Mohan Shamsher did so by virtue of the powers granted to the Ranas by Lal Mohar and Panjapatra received from the King. In place of the suspended fundamental rights, Mohan Shamsher introduced a new ordinance relating to the rights of citizens issued by the Muluki Adda, Sawal Department on 30 April 1948. On 18 September 1949, he promulgated an Act relating to personal freedom on the recommendation of the Constitutional Committee that he set up to prepare rules and regulations regarding the elections and the functions of the Panchayats. In this Act, there were altogether 21 articles, although it did not provide for political liberties.

According to the report published by the Secretary of the Constitutional Committee, the Government instituted around 158Village Panchayats in 1950 out of the total 577 that were determined by the Village Panchayat Act of 1950. The elections to these bodies were held on the basis of adult franchise. On the recommendation of the Constitutional Committee, the District Panchayat Act was implemented and the numerous District Panchayats began sending their representatives to the National Assembly.

On September 22, 1950, Prime Minister Mohan Shamsher convened the legislature, to which he gave the nomenclature of ‘Parliament of Nepal,’ claiming that he had set up the Central Legislature in accordance with the Constitution of 1948. These measures reflected a very poor attempt on his part to execute the promised reforms. He summoned the so-called Parliament after 18 months of his rule, appointed one of the elected members of the National Assembly to his Council of Ministers and set up the Administrative Committee. However, all this meant nothing because the Prime Minister remained an autocrat in practice.

The armed revolution of 1950-51 had already begun on 6 November 2050. The political scenario was rapidly changing. Mohan Shamsher’s inaugural speech at the opening of the Central Legislature was too little, too late for the aspiring revolutionaries led by the Nepali Congress. He was never considered a liberal member of the Rana family. The special session of the legislature to dethrone King Tribhuvan, who took refuge in the Indian embassy and left for Delhi as a state guest, was another bad pill for political development. The decision to have Gyanendra, his grandson, fills Tribhuvan's vacant position as King through the legislature was also not acceptable, nationally as well as internationally. Ranas were further exposed by this act. The next important move of the Central Legislature was to consider the letter from the Government of India relating to Indo-Nepal relations after King Tribhuvan took political asylum in India.

There were additional pitfalls. The Government of India came to be the arbiter of the revolution, because of King Tribhuvan's immaturity in taking refuge at the Indian embassy in Kathmandu without consulting the Nepali Congress. It had wanted to take him to Palpa, declare the resumption of the royal power from there and rule the country with the aid and advice of the revolutionaries. Soon, the Nepali Congress lost its place at the negotiating table in Delhi, and India became the referee between the Ranas, the King and the Nepali Congress. It already suffered much because of its India based revolutionary activities.

The revolution was subdued by its power and strength. It has continued to have a bearing on all constitutional political developments thereafter. To win India's favor, the Ranas obliged to India's terms by consenting to a treaty that they never otherwise would have. Although Mohan Shamsher was able to take an oath as the first prime minister of democratic Nepal, as a reward, his utility vanished for India soon after.

[This article is part of the research work the author is conducting on the first Constitution of Nepal, issued in 1948.]

Nepal And India To Give Priority To Butwal-Gorakhpur Transmissionline By NEW SPOTLIGHT ONLINE 3 days, 16 hours ago

UNHCR Shut Down Its Bhutanese Refugee Office In Nepal By Agencies 4 days, 7 hours ago