Book On Political and Economic History

Having served in key positions following the political change of 1990, senior leader of Nepali Congress Dr. Ram Sharan Mahat has published a new book on the political and economic reforms of the past 30 years 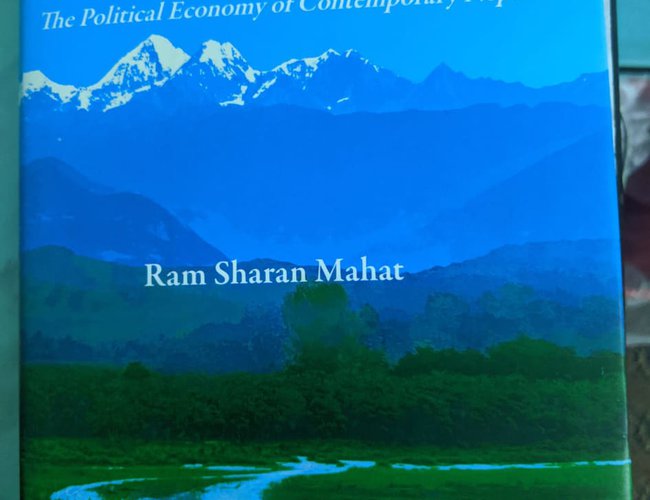 The six-time finance minister and one-time foreign affairs minister, working under four prime ministers, Dr. Mahat’s recent book Trials, Tremors and Hope describes in detail the process of transformation and his dealing with different issues. Having completed his Ph.D degree from Gokhale Institute of Politics and Economics in Pune, India, in 1979, Dr. Mahat received Francis Herbert Humphrey Fellowship (1987/88) at the American University in Washington DC.

This book has theoretically defined B.P. Koirala’s socialism and discusses how it is relevant to the changing context. Dr. Mahat, who worked closely with Koirala, shares views on socialism that will help Nepali Congress elaborate the ideas. 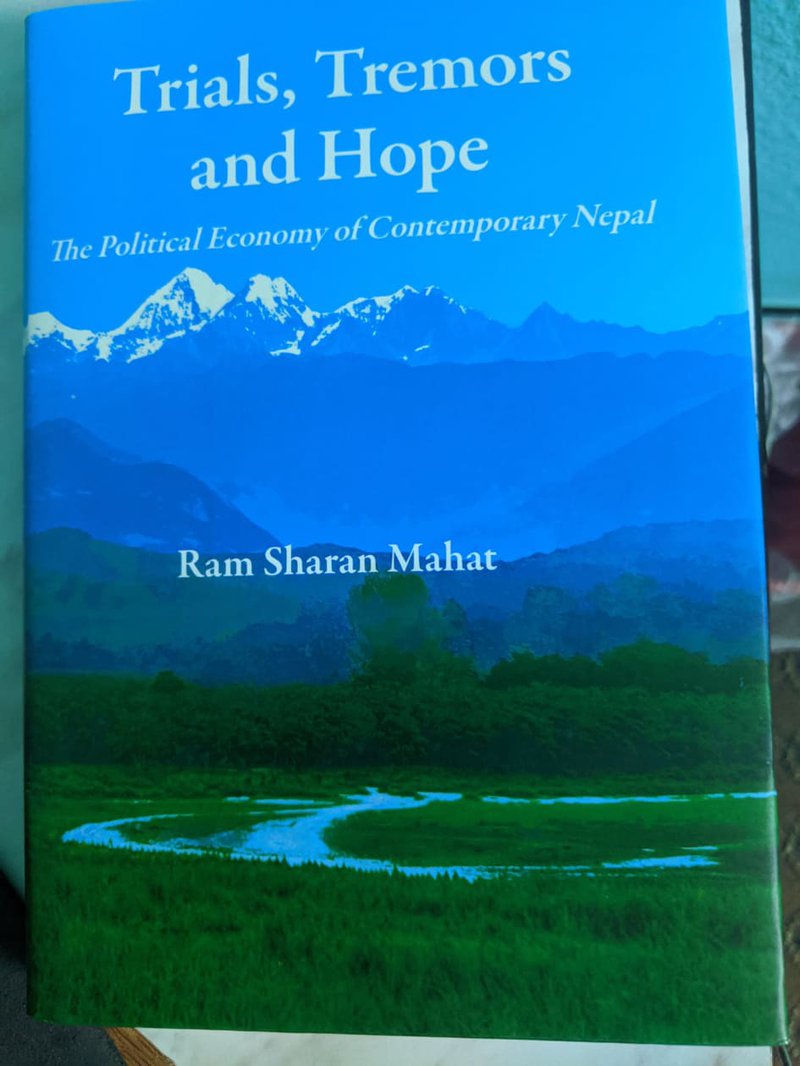 The Political Economy Of Contemporary Nepal

Contemporary of the present second generation senior leaders including Ram Chandra Poudel and Sher Bahadur Deuba, Dr. Mahat is a pillar of economic policy of Nepali Congress. This was the reason prime minister Girija Prasad Koirala appointed him vice chancellor of National Planning Commission in 1991 and gave him the responsibility to draft the first 5-year plan following the restoration of democracy.

Dr. Mahat was a principal author of Nepal’s Eighth Plan (1992-1997) which ushered in major policy changes to guide Nepalese economy in a new liberal direction.

Although Nepal's history of political and economic liberalization is just over three decades old, Nepal has gone through many ups and downs in these decades and years in economy and politics.

Faced with violent Maoist insurgency for over a decade, before it ended up with a comprehensive peace agreement and promulgation of new constitution through Constituent Assembly, prospects of economic and political transformation in Nepal had been unbelievable.

In all these cycles of economic and political transformation, former finance minister and senior leader of Nepali Congress Dr. Ram Sharan Mahat, who went to prison several times during his student days, has been a close eye witness.

The socio-economic reforms initiated in the early 1990s have led Nepal to make reasonable development progress relative to the own base of historically low achievements. But decades of political turmoil and halted process of structural transformation meant Nepal was yet to realize its vast potential and had a long path ahead for economic catch-up.

This book is about trials and tremors-symbolic and liberal-of contemporary socio-economic and political changes in Nepal as well as the geo-fragility of the Himalayas, susceptible to devastating earthquakes and climate change.

He argued that the country has a new-found confidence even as a low-income laggard. It has and can make exemplary advances towards prosperity with social justice within a plural, liberal democratic order.

Dr. Mahat draws the conclusion that with its young and diverse people, clean sources of energy, stunning landscapes, and a propitious proximity to the world’s largest emerging powers, Nepal can make up for the lost time. This is conditional to improved governance, sustained economic growth and the rekindling of industrious and disciplined work ethic. One of the very important messages of the book is that the book’s implicit plea is for national renaissance towards a just and prosperous society in a stable democracy, envisioned and steered by Nepalis themselves.

Divided into 12 chapters, the author start with his views on socialism in the changing world. He describes the origin of socialism, Marxist socialism and how it has been shifting. His second chapter is dedicated to analyze BP Koirala’s Socialism and the Nepali Congress. He analyzes democratic socialism, progressive reforms, breaking the feudal order, bold measure and royal take over, Congress politics in 1990s and understanding BP.

Dr. Mahat is the first person to analyze B.P Koirala’s socialism in such a depth with modern principles of socialism. He has tried to make a difference of democratic socialism and socialism propounded by communist orthodoxy.

The third chapter is about economic reforms and their impact. He explores South Asia, reforms in Nepal and their impact on the economic growth. Dr. Mahat defends how his liberal policy helped Nepal achieve high growth reducing the level of poverty.

In his views on Maoist conflict and the Peace Process, he makes a very interesting narration on cost of conflict, failed peace attempt, peace process and interim constitution. He exposes UNMIN’s controversial role in management of arms and armies of Maoist. Dr. Mahat opposes UNMIN’s efforts to equate Nepal Army with Maoist combatants. From discussing the concept of yam between two boulders, unleashing hydropower and coping with disaster, he also discusses the rise of the remittance economy. He also discusses foreign aid and development finance and state of the economy.

In the last portion, he discusses the challenges ahead. He talks of the national goals, growth and investment, infrastructure gap, fiscal federalism, security concerns, productivity and work culture, human development disparity and governance factor.

“This book is the result of use of my free time over the past year. Having worked for four consecutive parliamentary elections from Nuwakot since 1994, I lost the last one in 2018. Friends and well-wishers urged me to utilize the time that became available to me to produce a sequel of sorts to my earlier book,” writes Dr. Mahat.

In the conclusion, the author writes that the country has entered a new political set-up under the new constitution brining the government closer to the people with promises for a just, egalitarian and prosperous society. He argues that to achieve these goals, Nepal will need first and foremost to make functional the new federal governance structure which it has adopted.

The country’s Achilles heel is the all encompassing capacity deficit it has in implementing the written laws and executing policies rooted in deteriorating political culture. The immediate need is to build and strengthen institutions at sub-national levels to enable them to perform their constitutional duties. There are serious problems and challenges in governance, development planning and financial management that require fresh approach with good governance on ensuring rule of law, prudent and efficient fiscal management, strong and capable institution with merit based bureaucracy, rational planning and decision-making based on proper appraisal of implementation capacity, rather than populist swaying.

“In sum, for the country to graduate to higher levels of development and be on a course of equitable prosperity under the new political dispensation, capacity is necessary, rather than populist swaying.

“In sum … it is necessary to reorient our work ethic, value system and public policy,” writes Dr. Mahat.

Whether one is a critic of liberalization or supporter, one needs to read Dr. Mahat’s book. This is a true narrative and analytical book of a person who remains in the mainstream of the current change. 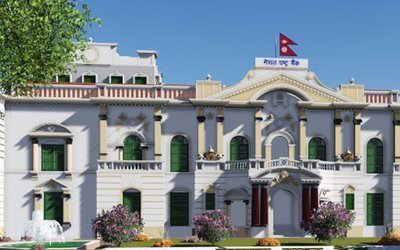