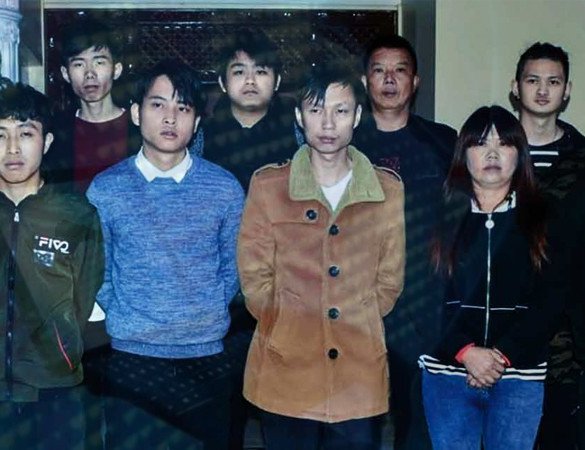 The government is preparing to deport 122 Chinese nationals arrested on suspicion of engaging in ‘cyber and financial’ crime, as the authorities could not gather adequate evidence to indict and imprison them in Nepal The Himalayan Times Report.

According to THT, the District Administration Office, Kathmandu, imposed a fine of Rs 1,000 on each of the Chinese for ‘indecent behaviour’ and ordered their release. They were booked for ‘indecent behaviour’ as some were found engaging in activities that breached the terms and conditions of their visas while others were not even in possession of their passports. Of the 122 arrested, passports of only 67 were seized by the police.

The daily reports that since all of them have breached the immigration law, the police have written to the Department of Immigration to conduct further investigation. They were supposed to be taken to the department right after the district administration office freed them, but due to “space constraints” they have been kept at police stations in Kathmandu.

The 122 Chinese were arrested on December 23 on suspicion of using social media to swindle money from rich, single and divorced Chinese women, running an illegal online gambling racket, operating Ponzi scheme and blackmailing Chinese by hacking their private information from phones and computers.