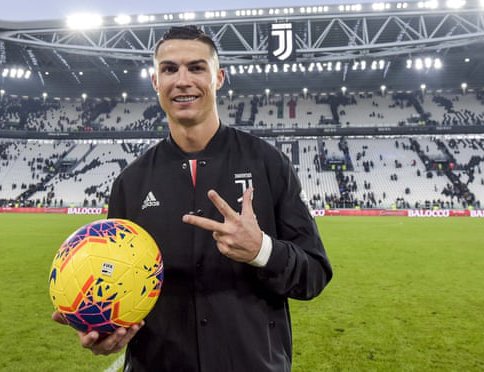 Cristiano Ronaldo scored a second-half hat-trick to lead Serie A champions Juventus to a 4-0 win at home to Cagliari on Monday, taking his tally to eight goals in his last five league games.

The Portuguese pounced on a mistake in the Cagliari defence to break the deadlock four minutes after half-time, before adding the second from the penalty spot as he scored for the fifth league game in a row.

After setting up Gonzalo Higuaín for the third in the 81st minute, he completed the rout by finishing off a counterattack one minute later.

The win left Juventus top of Serie A with 45 points from 18 games, at least until Internazionale, who are three points behind, visit Napoli in the evening match. Ronaldo took his tally this season to 15 goals, including 13 in Serie A.

State Of Emergency Will Not Impact Games: IOC By Agencies 2 weeks, 6 days ago