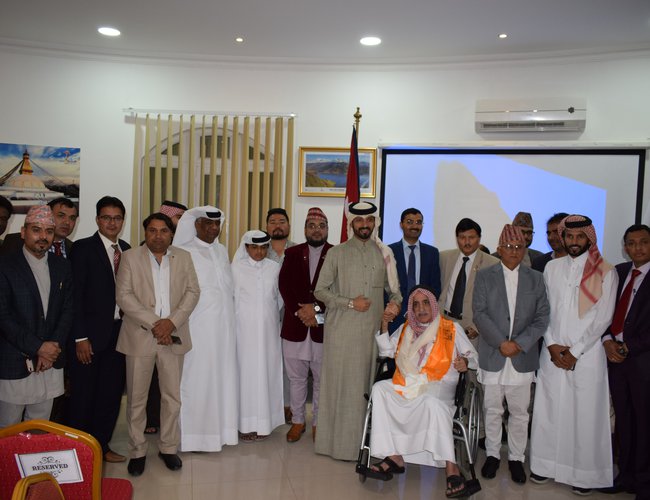 Embassy of Nepal in Doha organized launched Visit Nepal 2020 campaign in Qatar amid a function in Doha.

A brief video on Nepal's tourism highlights and attractions was presented during the ceremony. Similarly, a presentation was also made on Visit Nepal 2020 campaign, major tourism destinations of Nepal and the imperatives for visiting Nepal in 2020 during the ceremony. 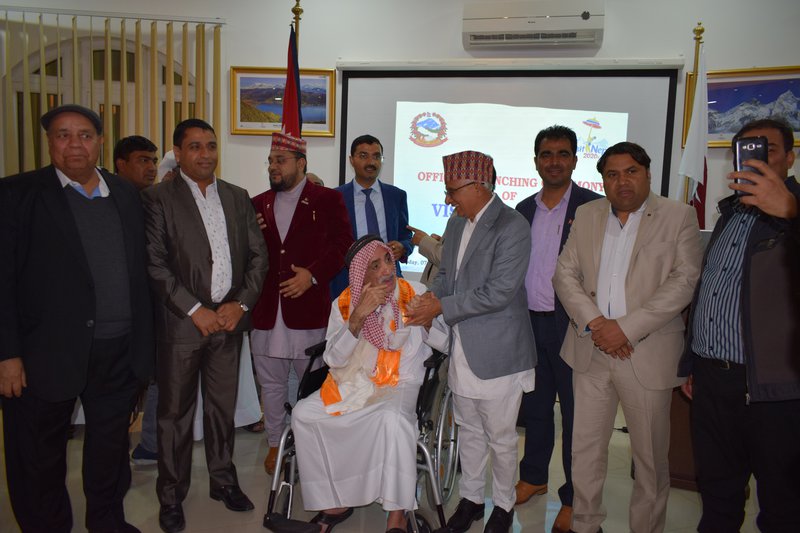 According to a press release issued by Embassy of Nepal in, Doha, Qatar, addressing the ceremony, Dr. Bharadwaj referred to the close and cordial relations between Nepal and Qatar. He stated that the two countries are exploring collaboration in new areas, especially in the economic sector.

Dr. Bhardwaj highlighted tourism prospects of Nepal and appealed the Qatari nationals as well as members of expatriate community in Qatar to visit Nepal in 2020 with family and friends. He stated that Nepal is a beautiful panorama of nature, culture and adventure. It is only a short flight away from Qatar. Nepali people are one of the most hospitable peoples in the world and welcome guests like gods.

Furthermore, Nepal is aspiring for economic growth at the backdrop of recently gained political stability. Tourism is one of the pillars of Nepali economy. Hence, visiting Nepal in 2020 also means supporting Nepal's aspiration for peace, progress and prosperity, he added. He encouraged travel and tour operators in Qatar to cash in on the high potentials of attractive tourism packages in Nepal.

Farhan Al Sheikh Al Sayed extended best wishes to the campaign and assured that Qatari people will support the campaign from their end. He highlighted the need for further promoting tourism potentials of Nepal among the local population at the backdrop of closer people-to-people relations evident from a large Nepali community in Qatar.

Direct and frequent flights between the two capitals, reaching six flights a day, is already an advantage for promoting tourism in Nepal among the Qataris, he opined.

R.K. Sharma, Secretary of Non-Resident Nepali Association International Coordination Committee and a prominent Nepali entrepreneur in Qatar, spoke in the ceremony on behalf of the Nepali community and stated that Nepali community in Qatar will fully support the campaign. The community will also collaborate with the Embassy to organize different programs for promoting the campaign, he added.

Speaking on the occasion, Fakhroo shared the memory of his past three visits to Nepal. He also reflected on the beauty of Nepal as well as warm cordiality of Nepali people. He will visit Nepal soon to support Visit Nepal 2020 campaign as well as to carry out some social support in Nepal.

HOTEL ANNAPURNA Shut For Now By A Correspondent 3 weeks, 3 days ago