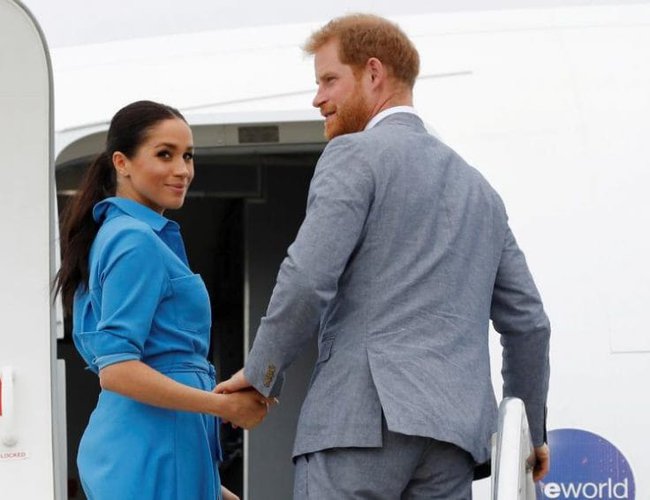 Prince Harry and Meghan Markle’s shocking statement that they are essentially ditching the royal family means they will be leaving ailing Prince Philip – right at a time when he needs them the most!

As RadarOnline.com reported, the 98-year-old Duke of Edinburgh was hospitalized on Friday, December 20 due to a “preexisting illness.”

Queen Elizabeth’s husband of nearly 73 years had been staying out of the spotlight ever since his brutal car crash in February 2019. The collision left two women injured and forced Philip to surrender his license.

Prior to the crash, Philip suffered a series of ailments. On April 2018, he underwent a hip replacement surgery, and in June, he was sent to the emergency room with a severe infection.

Fortunately, Philip was able to be released from the hospital just in time to spend Christmas Eve with the Queen and other members of the Royal family – except for Harry, 35, and Meghan, 38, who snubbed the happy reunion and holiday celebrations amid the couple’s rift with Prince William and Kate Middleton.

The Duke and Duchess of Sussex chose instead to spend the holiday in Canada, where Meghan filmed Suits before marrying into the Royal family.

On Wednesday, January 8, the couple announced they would be spending a lot more time away from the elderly Prince, and essentially relocating to Canada.

“After many months of reflection and internal discussions, we have chosen to make a transition this year in starting to carve out a progressive new role within this institution,” the couple said in a written statement. “We intend to step back as ‘senior’ members of the Royal Family and work to become financially independent, while continuing to fully support Her Majesty The Queen.”

“We now plan to balance our time between the United Kingdom and North America, continuing to honour our duty to The Queen, the Commonwealth, and our patronages,” they said, explaining that “this geographic balance will enable us to raise our son (8-month old Archie) with an appreciation for the royal tradition into which he was born, while also providing our family with the space to focus on the next chapter, including the launch of our new charitable entity.”

Radar readers know the Duke and Duchess of Sussex have seemingly fallen out favor with the royals following revelations of their unhappiness during interviews for Harry & Meghan: An African Journey.

But the Queen and her husband are apparently not giving up hope that some form of reconciliation can take place, especially as Philip enters the final stages of his life.

“Discussions with The Duke and Duchess of Sussex are at an early stage,” a statement from Buckingham Palace reads. “We understand their desire to take a different approach, but these are complicated issues that will take time to work through.”