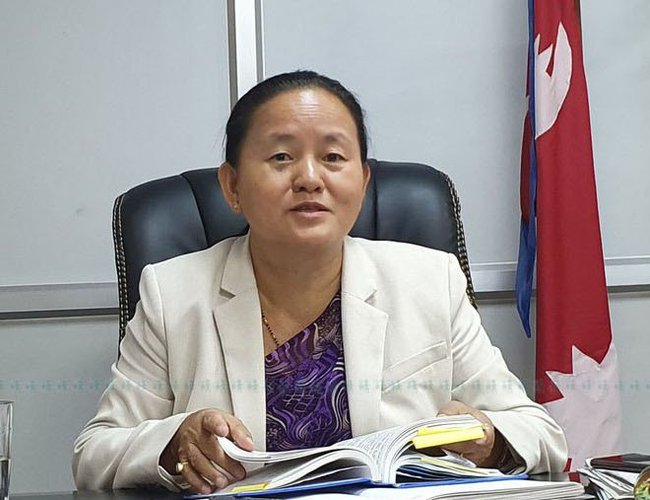 A NCP Secretariat meeting at Prime Minister KP Sharma Oli's official residence in Baluwatar on Saturday took a decision to this effect. "The NCP has decided to field a candidacy for HoR Speaker.

For that, Shiva Maya Tumbahangphe, who was elected Deputy Speaker from the NCP will resign," said NCP's spokesperson Narayan Kaji Shrestha to media-persons after the meeting.

He however said no decision has been taken so far on who would be fielded for the position of Speaker, adding that discussions within the party were underway in this regard.

The position of Speaker is vacant since around four months ago after the then Speaker Krishna Bahadur Mahara resigned in a sexual harassment case.

Nepal Is Committed To End All Kinds Of Discrimination: Foreign Minister Gyawali By Agencies 2 days, 6 hours ago