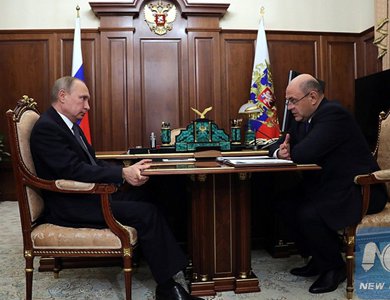 "Vladimir Putin held a working meeting with the head of the Federal Tax Service, Mikhail Mishustin, during which he invited him to take the post of the prime minister," it said in a statement.

"With the consent, he submitted the candidacy of M. Mishustin for consideration by the State Duma," it added.

The decision was announced after Putin addressed the Federal Assembly.

Bill And Melinda Gates Announce Divorce After 27 Years Of Marriage By Agencies 5 days, 8 hours ago